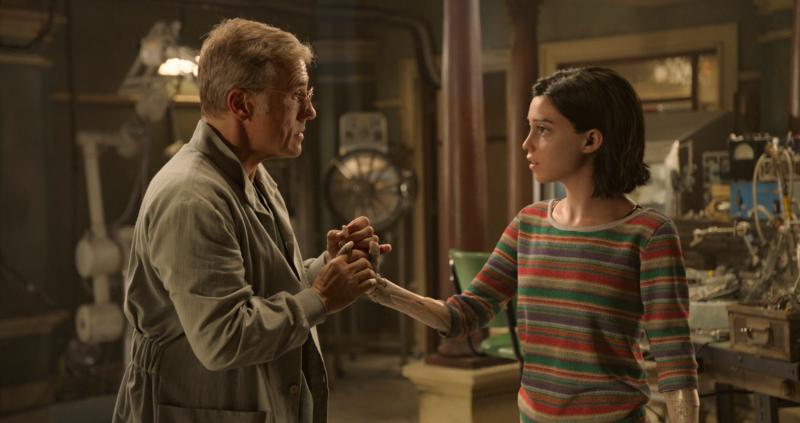 Adapted from a series of graphic novels by Yukito Kishiro by screenwriter James Cameron and director Robert Rodriguez, this futuristic action adventure follows the romantic and crusading exploits of the titular cyborg (Rosa Salazar).

After a specialist in human-mechanical fusion (Christoph Waltz) finds her in a garbage dump and restores her to life, she falls for a lad with a motorbike (Keean Johnson) but remains preoccupied with her high-octane martial arts-style fighting prowess, demonstrated against an array of bad guys (led, behind the scenes, by Jennifer Connelly and Mahershala Ali). Though it makes some weak feints in the direction of pondering the divide between its big-eyed heroine’s two natures, Cameron’s script is primarily focused on having its angel do battle at every opportunity.

Viewers can judge for themselves whether her clashes represent female empowerment or male wish fulfillment. Either way, the suggestion in the dialogue that she has an inherent appetite for mayhem makes this inappropriate fare for impressionable youngsters.

Much violence, some of it gory, partial nudity, references to narcotics, a mild oath, a couple of rough terms, several crude and crass expressions. The Catholic News Service classification is A-III — adults. The Motion Picture Association of America rating is PG-13 — parents strongly cautioned. Some material may be inappropriate for children under 13.