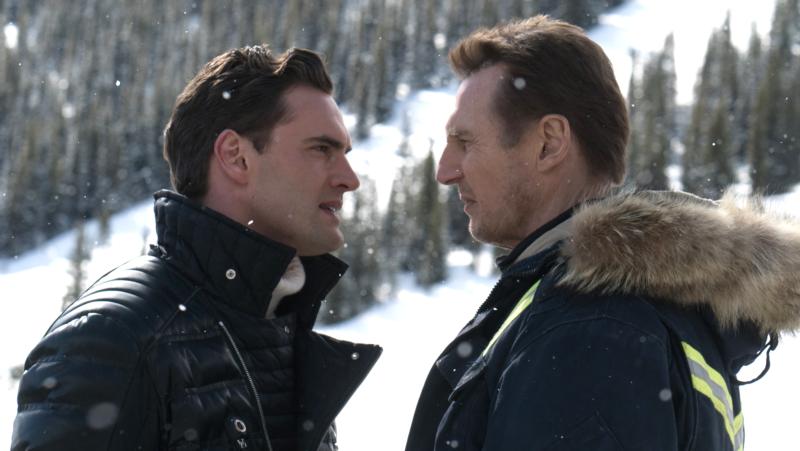 Tom Bateman and Liam Neeson star in a scene from the movie "Cold Pursuit." The Catholic News Service classification is O -- morally offensive.(CNS/Lionsgate)

A grieving father (Liam Neeson) embarks on a murderous rampage to avenge the death of his son (Micheal Richardson) in this bloodthirsty crime thriller, directed by Hans Petter Moland. As the father wades into the seedy underbelly of the town and disposes of accomplices, he inches closer to the drug kingpin (Tom Bateman) and sparks a turf war with a rival crime boss (Tom Jackson). Local police officers (Emmy Rossum, John Doman) take an awfully long time to notice that something is amiss.

As sympathetic as Christian viewers may be of the father’s loss, it is impossible to ignore the Gospel message and condone vigilantism and the film’s heroic portrayal of his actions.