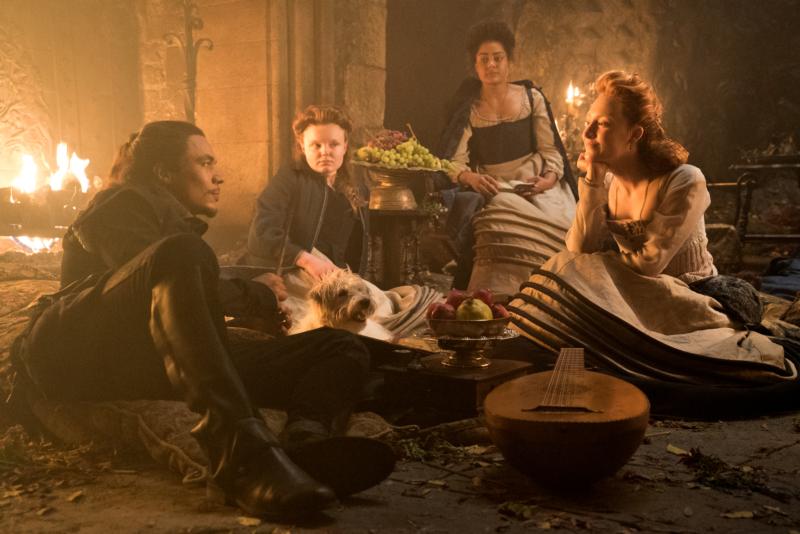 Highly spiced historical drama follows the doomed monarch of the title (Saoirse Ronan) from her return to Scotland from France after the death of her husband, King Francis II, through her exile to England where her claim to the throne made her an unacceptable rival to Queen Elizabeth I (Margot Robbie).

Taken as entertainment rather than a chronicle of real events, director Josie Rourke’s glossy adaptation of John Guy’s biography is generally diverting. But the sexual behavior on display, especially that linking Mary’s second spouse (Jack Lowden) and her court musician-turned-private secretary (Ismael Cruz Cordova), requires considerable caution even on the part of grown viewers.