Why ‘True Reformers’ by Jerome K. Williams is a gift of hope for the church today 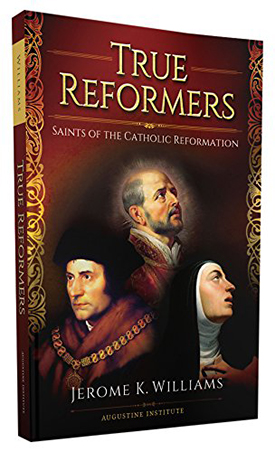 If you are like me, the headlines the last couple months about scandals and failures in leadership within our Church have been challenging on many levels. As I continue to pray for everyone who has been hurt, I have also been asking God for wisdom and strength in daily ministry. Having had the opportunity to speak with many people, ranging from victims and their family members to parishioners to priests to my own family, many shared anger, discouragement, and a need for reassurance and hope as we look to the future.

One great gift that has strengthened my resolve over the last several weeks has been the book “True Reformers.” A collection of stories about 10 saints of the Catholic Reformation, this book provides the inspiration you would expect . . . and for me, a great gift of hope for our own day.  As he moves through each saint, Jerome Williams provides the back stories, including family background, personal struggles to be overcome, growth in the life of Christ, and great contributions in helping the Church heal and grow during their time. Williams reminds us these are not just uniquely different people: “The saint is that normal person who has responded with readiness to God’s initiative, who follows closely the directions of the divine physician, and who attempts to embrace his will most completely.” (p.8)

In addition, and most edifying for me, Williams traces throughout the connections each of the 10 saints had with others in the group, especially highlighting the influences they had on each other.

THE INFLUENCE OF ONE PERSON

As the book opens, you might be surprised to see St. Catherine of Genoa first on the list. I pride myself on knowing a great deal about the saints, yet I have to admit I previously knew very little about this great catalyst. The youngest of five children born to an influential Genoese family, Catherine received a pious upbringing and was, according to family wishes, married at age 16 to a man from another leading family of Genoa.

Suffering greatly with a man who turned out to be violent, irresponsible, and unfaithful, Catherine withdrew from public life and poured herself into prayer and significant fasting, at times receiving only the Eucharist for her nourishment. Strengthened especially by the Eucharist at daily Mass, she began going out and seeking the sick and those in need and alone, helping take care of them and eventually working to care for the sick in the hospital over a period of 40 years. Joyfully, her husband was converted by her example and began helping her care for the sick.

Catherine died in 1510 without fanfare, yet as Williams points out her influence on the Church was only beginning. “True reform always begins with the reform of the individual believer. The reform of the Church is mysteriously initiated and continuously sustained by secret prayer and hidden holiness among those who have been captured by divine love.” (p.28)

About 10 years before she died, a few people attracted to the spiritual life of Catherine began to gather in a small group at her home as spiritual disciples. One of those disciples, Ettore Vernazza, began a group focused on prayer throughout each day, charitable work, and sacraments called the “Oratory of Divine Love.”

This is where the influence and connections with the other saints really takes off! As the life of the Oratory spread and other Oratories were established, the connections grew quickly. See if you can keep up!

Among early members of the Oratory was Pope Paul IV, who supported St. Ignatius and the Jesuits. Another early member, a Theatine priest, influenced many saints, including St. Frances de Sales. St. Philip Neri was a longtime member, who had connections with Francis Xavier and Charles Borromeo and his spirituality influenced St. Francis de Sales and St. Vincent de Paul.

St. Charles Borromeo was the nephew of St. Pius V, whom he greatly helped through their work together. St. Francis de Sales, along with St. Jane Frances de Chantal formed the Visitation Order, among its members St. Margaret Mary Alacoque who received the vision of the Sacred Heart of Jesus.

Do you get the sense that we could keep going and going with connections?  We could! The lives of the saints are amazingly intertwined!

For me, a great takeaway from this book is the reminder that saints often come in pairs and groups. Throughout our Church History, we see people growing together in holiness, inviting others into that growth and influencing positive reform. I am reminded that beautiful truth is still at work today. If we want our Church to be holier, more faithful, and a stronger witness in the world, then we can start with some friends and work on our own holiness and faithfulness.

As Williams concludes, “As we imitate the saints in their imitation of Christ, we can once again expect the regenerating life of the Holy Spirit to renew and reform the Church.” (p. 230) Who knows, the beginning of the next great group of saints might just start in your parish Bible study, homebound ministry team, or youth group! 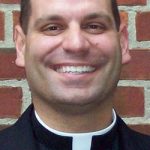 FATHER LUKE SPANNAGEL is pastor of St. Patrick Parish in Urbana and a member of The Catholic Post’s six-member book review team.