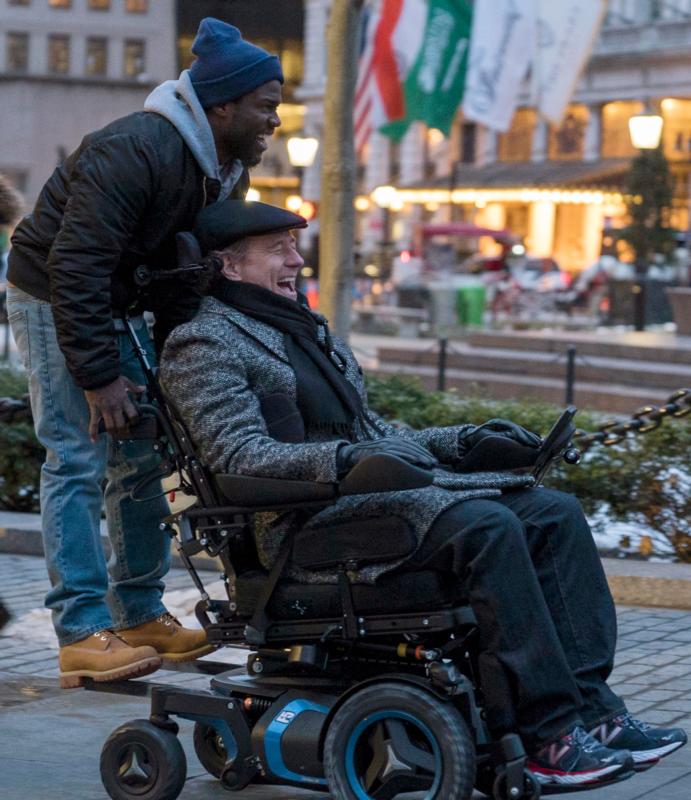 Kevin Hart and Bryan Cranston star in a scene from the movie "The Upside." The Catholic News Service classification is A-III -- adults. (CNS/STX)

Odd-couple mix of comedy and drama in which Kevin Hart is a recent parolee for various crimes who desperately needs employment to avoid returning to prison and Bryan Cranston is an uber-wealthy quadriplegic who requires a caregiver.

Director Neil Burger and screenwriter Jon Hartmere have remade a popular 2011 French film “Les Intouchables,” itself taken from Philippe Pozzo di Borgo’s 2001 book, “Le Second Souffle” (The Second Wind), based on a real-life relationship. But there’s more than a whiff of the “white savior” formula to the stereotyped proceedings, which also trade in such dubious humor as that surrounding the changing of a catheter.

Benignly viewed marijuana use, sexual humor and references, fleeting rough and crude language. The Catholic News Service classification is A-III — adults. The Motion Picture Association of America rating is PG-13 — parents strongly cautioned. Some material may be inappropriate for children under 13.