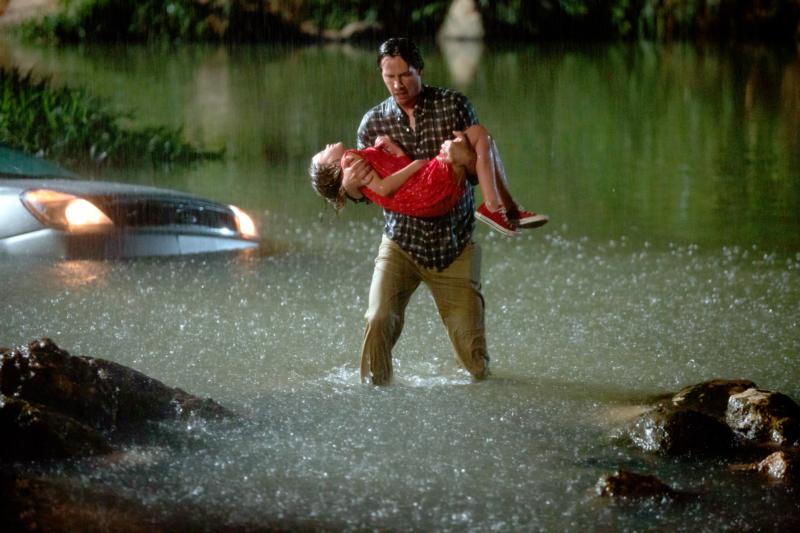 Keanu Reeves starts in a scene from the movie "Replicas." The Catholic News Service classification is A-III -- adults.(CNS/Entertainment Studios)

After his wife (Alice Eve) and children (Emily Alyn Lind, Emjay Anthony and Aria Lyric Leabu) are killed in a car accident, a scientist (excruciatingly earnest Keanu Reeves) who has been experimenting with injecting human consciousness into robots secretly teams with a colleague (Thomas Middleditch) who specializes in cloning to create copies of the deceased using their DNA and their mental data. He runs into a number of stumbling blocks, including the dilemma of only having the capacity to replicate two of his three kids and the pressure exerted on him by his hard-driving boss (John Ortiz) to devote his attention to his so-far unsuccessful work or face having the multi-million-dollar project defunded.

Brief violence with little gore, obscured rear and partial nudity, a few uses of profanity, at least one milder oath, much crude language. The Catholic News Service classification is A-III — adults. The Motion Picture Association of America rating is PG-13 — parents strongly cautioned. Some material may be inappropriate for children under 13.