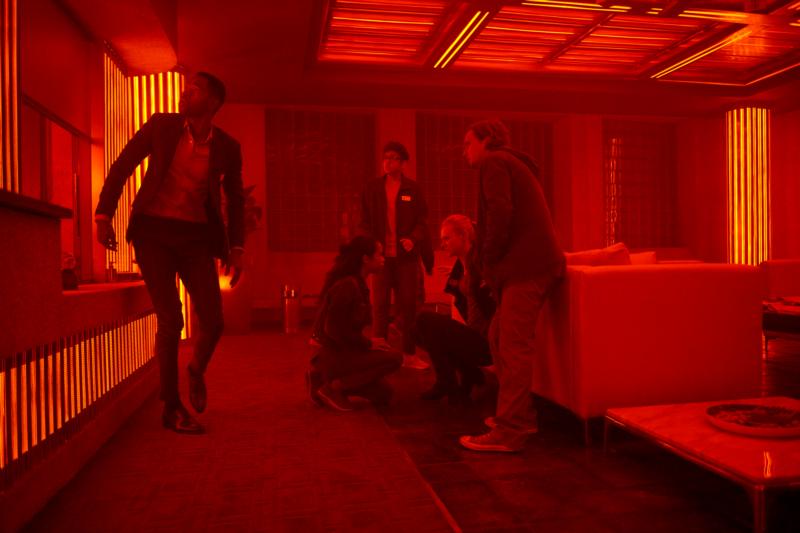 Routine thriller in which, lured by a $10,000 reward, a seemingly random group of people (most prominently troubled slacker Logan Miller and shy college student Taylor Russell) participate in what purports to be an immersive game but turns out to be a deadly struggle for survival.

Though the victims of the deception generally bond and Bragi Schut and Maria Melnik’s script attempts, halfheartedly, to weigh the consequences of selfishness against the fruits of altruism, director Adam Robitel’s film is ultimately little more than a less disturbing take on the “Saw” franchise. Since the mayhem is mostly nongraphic and everyone on screen is too preoccupied to think about romance, much less lust, it’s mainly the exclamations to which their panic gives rise that put this out of reach for kids and may be distasteful for many grown-ups.

Brief but sometimes harsh violence with little gore, occasional sexual jokes and references, frequent profanities, a milder oath, at least one rough term, pervasive crude and crass language. The Catholic News Service classification is A-III — adults. The Motion Picture Association of America rating is PG-13 — parents strongly cautioned. Some material may be inappropriate for children under 13.