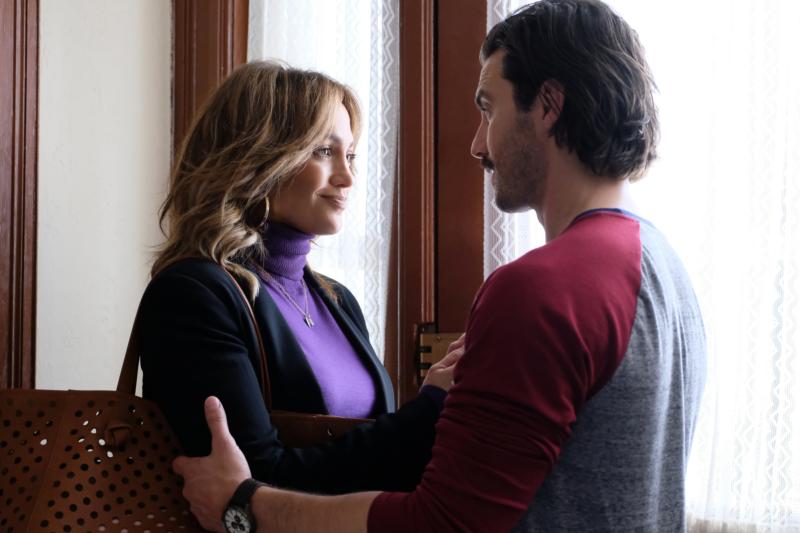 Jennifer Lopez and Milo Ventimiglia star in a scene from the movie "Second Act." The Catholic News Service classification is A-III -- adults. (CNS/STXfilms)

Appealing workplace comedy posits that street smarts should rate at least as highly as an educational pedigree. Director Peter Segal and screenwriters Justin Zackham and Elaine Goldsmith-Thomas have turned the plucky old formula sideways, with the result that their heroine (Jennifer Lopez) is not facing predations such as sexual harassment or a phalanx of poisonous, scheming co-workers, but rather dealing with crises rooted in self-confidence and her difficult past.

After her social media-whiz godson (Dalton Harrod), unbeknownst to her, creates a largely imaginary new resume for her, including a Harvard degree and a stint in the Peace Corps, she’s hired by a Manhattan cosmetics firm (headed by Treat Williams) where she gets into a rivalry with a fellow executive (Vanessa Hudgens) who is also the boss’ daughter. Deceptions pile up, as the plot formula dictates, until everyone finds ways to reveal their own truths, gain emotional release and make their lives better. Possibly acceptable for mature adolescents.

References to sexual activity and an out-of-wedlock birth, some crude language. The Catholic News Service classification is A-III — adults. The Motion Picture Association of America rating is PG-13 — parents strongly cautioned. Some material may be inappropriate for children under 13.