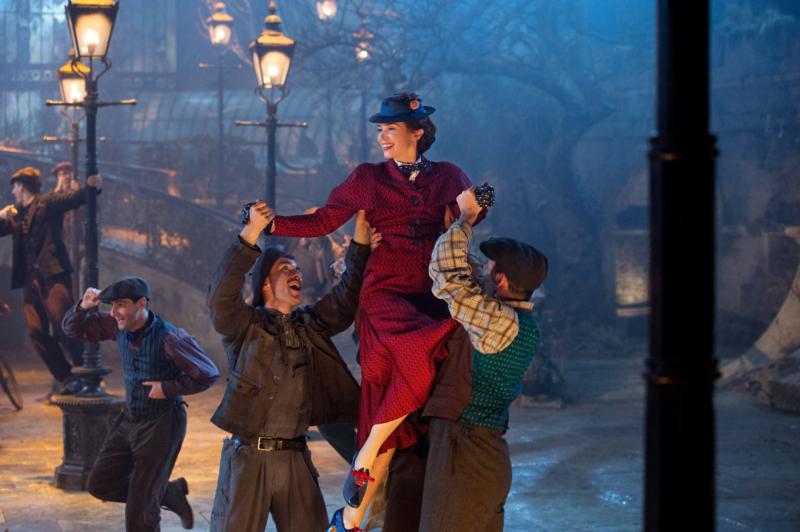 Delightful sequel to the 1964 classic finds the omnicompetent nanny of the title (Emily Blunt) swooping into Depression-era London to help the now-grown brother (Ben Whishaw) and sister (Emily Mortimer) she tended as children face a family crisis. He’s a recent widower whose three children (Pixie Davies, Nathanael Saleh and Joel Dawson) need more methodical care than that provided by their well-meaning but overtaxed housekeeper (Julie Walters), while she will require a nudge to end up in the arms of the local lamplighter (Lin-Manuel Miranda), as she’s clearly destined to do. There’s also a financial threat looming over the household since a seemingly friendly banker (Colin Firth) is actually scheming to foreclose on the mortgage.

Sprightly set-piece musical numbers, the main character’s engaging blend of common sense and whimsical magic, and brief but thoroughly entertaining turns by Meryl Streep, Angela Lansbury and Dick Van Dyke make director Rob Marshall’s loose adaptation of material from books by P.L. Travers a first-class treat for all but the youngest and most skittish members of the family.