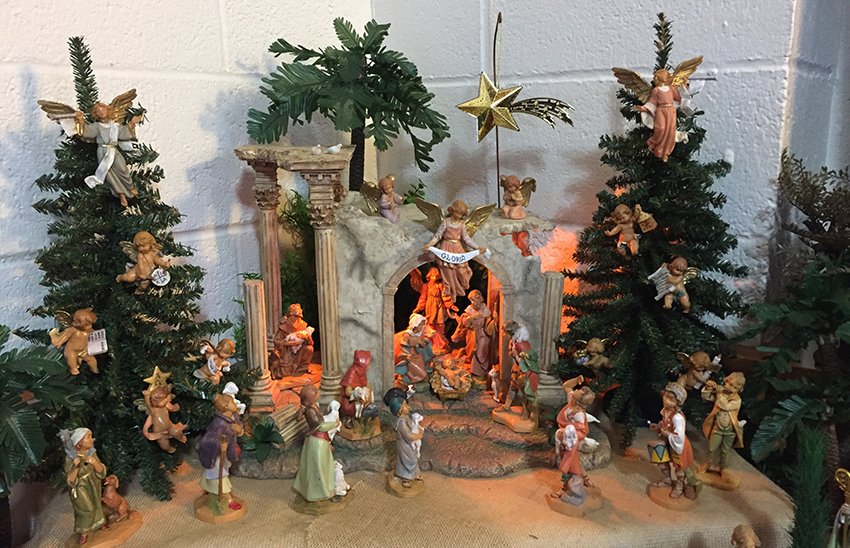 "Christ was born just like any other child. . . . This is not God pretending to be a human being. It is God who becomes one of us," says Father Patrick O'Neal, whose Fontanini Nativity village has 300 figurines and about 60 structures. (Provided photo)

BUSHNELL — Anyone who wants to know what Father Patrick O’Neal’s hobby is need only visit St. Bernard Church, where he is the pastor, and walk down the center aisle.

Throughout Advent he has been sharing his Fontanini Nativity village, complete with 300 figurines and about 60 structures, with parishioners and members of the community. The display will continue through Jan. 11, the Baptism of the Lord and the end of the Christmas season in the Catholic Church. 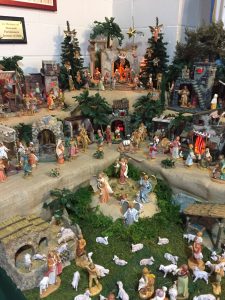 Father Patrick O’Neal’s Fontanini Nativity village includes the city of Bethlehem, which is displayed beneath the Virgin Mary’s shrine on the east side of St. Bernard Church in Bushnell. (Provided photo)

“Even as a kid I loved Nativities,” Father O’Neal told The Catholic Post. “I loved going to other churches and seeing the Nativity displays.”

His family had a big set, which graced the bay window in their home, but he acknowledged that he wanted one of his own.

“I can remember going to Sears — when Sears used to sell everything — and I’d buy the little 5-inch figures, which were made of plaster and came from Italy,” he said. Before long his collection included not only the Holy Family, but shepherds, the Wise Men, a donkey, an ox, and a camel.

He eventually gave that Nativity set to his nephews and it is displayed in their dining room now.

“Some guys go hunting and fishing and go on exotic vacations. I collect Nativity stuff,” he said.

He likes the Fontanini style, which he called “very Italian,” because it includes ordinary, everyday figures. Father O’Neal said that appeals to him theologically as he grows in his knowledge and understanding of the Incarnation.

“For us Catholics, the Incarnation is not just something that happened 2,000 years ago. It’s a living reality for us,” he explained.

“This is a reminder that even in our everyday lives, Christ is there,” Father O’Neal said. “We just miss him. We don’t see him. We don’t focus on it.”

And sometimes our piety and the influence of Renaissance art can cast the Nativity in such a glorious light that we forget how earthy the event really was. 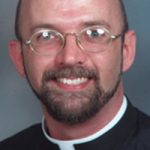 “It was God breaking into our world in a very ordinary way,” he said. “Christ was born just like any other child. . . . This is not God pretending to be a human being. It is God who becomes one of us.”

While his Fontanini Nativity village is beautiful, Father O’Neal hopes people will look beyond that to consider what it all means on a deeper level.

“He’s God in the flesh, but a God who is very relatable, very imminent,” he told The Post. “At the same time, he’s almighty. That’s just the kind of God we have — thank God!”

REASON FOR THE SEASON

Since this is the first year Father O’Neal has displayed the entire village, he hosted an open house on the First Sunday of Advent, with refreshments and hospitality offered by the St. Bernard Women’s Guild. Those who wish to see it now may come before or after Masses.

In addition to the Nativity figures, Father O’Neal has included St. Francis of Assisi, who is credited with starting the tradition of Nativity scenes; St. Nicholas, who was the inspiration for “Santa Claus,” and Pope Francis. Visitors will need to look closely for Pope Francis, who will move throughout the display.

“This is the reason for the season,” Father O’Neal said. “It’s not just that I’ll put up a Nativity set. It calls us to see this newborn infant, Christ in the flesh, in everybody I meet.”