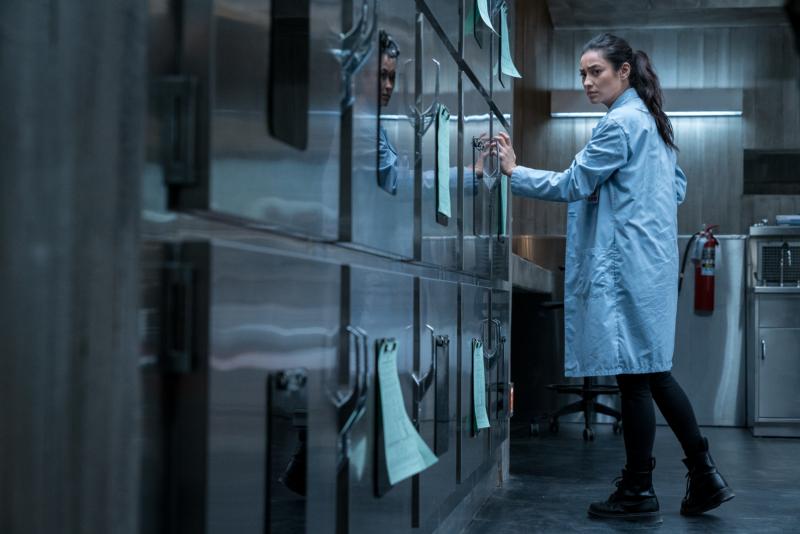 Shay Mitchell stars in a scene from the movie "The Possession of Hannah Grace." The Catholic News Service classification is A-III -- adults. (CNS/Sony)

Dreary horror tale in which an ex-cop (Shay Mitchell) with mental and addiction problems who now works the night shift at a Boston hospital’s morgue is confused to find one of the cadavers in her care, that of a teen girl (Kirby Johnson) who died during a failed exorcism, refusing to rest in peace.

Though director Diederik Van Rooijen focuses more on spooky settings than splatter, momentary bloodletting and some grisly sights suggest even many grown-ups may want to avoid his unrewarding film. The pseudo-Catholic content is mostly restricted to one sequence and no more inaccurate than is typical for the genre.