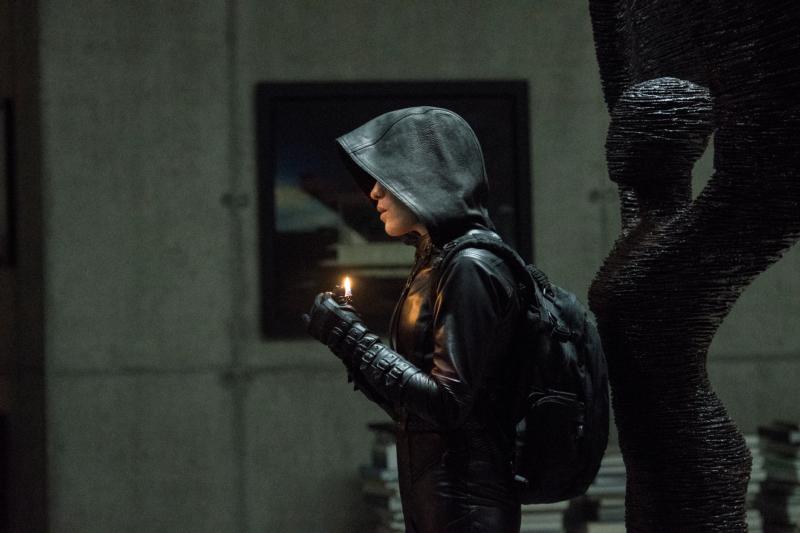 Bitter espionage drama, set in Sweden, in which the title character (Claire Foy), a skilled computer hacker with a dark past who also dabbles in vigilantism, agrees to help a disaffected U.S. intelligence operative (Stephen Merchant) steal a program he created from the National Security Agency. Since the program enables anyone to take control of all the nuclear arsenals in the world, he’s not the only one interested in its fate and the protagonist no sooner succeeds in swiping it than it’s purloined from her. To retrieve it, she teams with a journalist (Sverrir Gudnason) and an NSA official (Lakeith Stanfield).

In following up on David Fincher’s 2011 film “The Girl With the Dragon Tattoo,” director and co-writer Fede Alvarez tones down the mayhem and restricts the do-it-yourself justice to one nonlethal incident. Still, with an abusive childhood in the background and a same-sex relationship on the margin of the story, Alvarez’s thriller, adapted, like its predecessor, from a series of bestsellers begun by Stieg Larsson and carried on by David Lagercrantz, is unsuitable for most viewers.