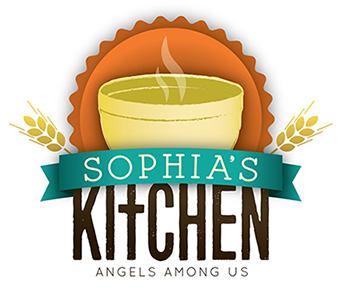 As the need grows for Christmas baskets filled with food for the patrons of Sophia’s Kitchen in Peoria, so do the number of volunteers who want to make that happen. That’s a blessing, according to Claire Crone, program director.

It has also become a challenge as the parish center at St. Joseph Church, where Sophia’s Kitchen is located, gets more crowded each year. Crone said a little creative thinking will make certain everybody has something to do when the baskets are packed on Saturday, Dec. 15, and ensure that the volunteers have fun at the same time.

“There are nine different assigned jobs this year. We’ll have registration and as they register, they’ll be able to choose which job they would prefer to do,” she told The Catholic Post.

People may register online between Nov. 10 and 28 by visiting catholicpeoria.com/basket-packing. The fee is $5 or a bag of canned goods.

Those jobs include basket packers, station attendants, garbage grabbers, bag stackers, color station, entertainers, deliverers, neighborhood strollers, and prayer angels. While many of these positions are self-explanatory, Crone offered details on some of the new offerings.

The color station, for example, will give children a way to help without trying to carry a bag that will get heavier as food is added.

Another important role is prayer angel.

The packing will start with a prayer service in St. Joseph Church, 103 S. Richard Pryor Place, at 9 a.m. It will be led by Deacon Ed Mallow of St. Thomas the Apostle Church in Peoria Heights, and when people are sent forth to work on the Christmas baskets, the prayer angels will remain to pray, sing Christmas carols, and hear from two of the patrons served by Sophia’s Kitchen.

“It’s so powerful to have someone there praying intentionally, not just for us packing the baskets but for the people who will be receiving the baskets,” Crone said. “The families that are getting these are the very poorest of Peoria.”

Those who deliver the baskets come back telling stories of homes that literally have nothing, including furniture or sheets on the bed, she said.

“Sometimes they’ll go into an elderly person’s home and say, ‘The groceries we put into their refrigerator and on their shelves were the only food they had in their house,’” Crone told The Post. “These are the people who need our prayers the most.”

Neighborhood strollers are people who would be willing to go out and pick up garbage, sing Christmas carols, and spread the Word of God to anyone they meet. “I know that’s going to take a special person,” Crone said.

Being a garbage grabber is an ideal job for fathers with young sons, she added. “They’re small enough to get in and out and around. It’s an active job. They have a great time.”

People may register online between Nov. 10 and 28 by visiting catholicpeoria.com/basket-packing. The fee is $5 or a bag of canned goods.

“All of this will go directly to supporting what we’re going to do that day,” Crone said. “That’s why we want the canned goods beforehand, so we can put them where they need to be for that particular day.”

The money will go toward purchasing the groceries that will be needed.

Emails will be sent out telling everyone where they have been assigned. They’ll be able to come in and get their packet with details and an event t-shirt the first week of December.

“Not everyone is going to be able to be assigned to exactly what they have picked,” Crone said. “I’m going to try very hard to place people in the position they have requested, but some people will not be able to do that because the numbers won’t match.”

She asked people to remember that even if they don’t get what they wanted, “it’s where God wanted you to be.”