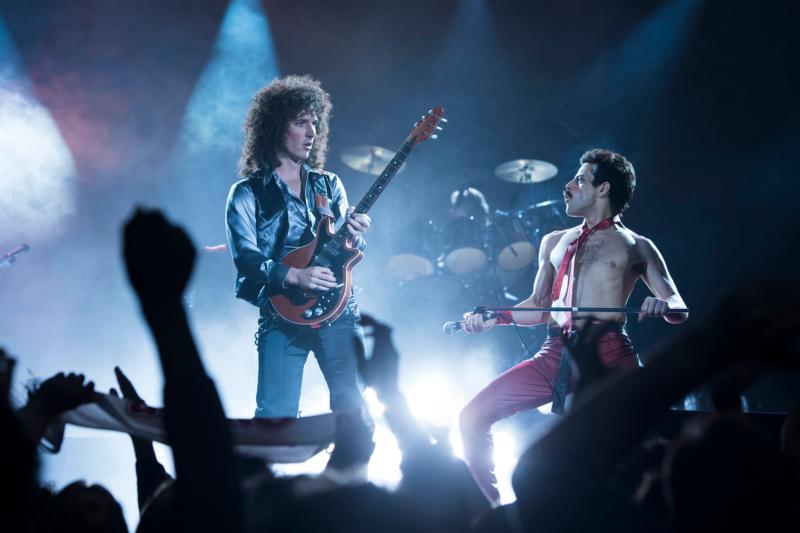 Rami Malek gives himself completely to the role of Freddie Mercury in this biopic of the lead singer of the rock group Queen, with impressive artistic results. And Mercury’s musical career, including his collaboration with the other members of the band (Gwilym Lee, Ben Hardy and Joe Mazzello) as they resisted narrow categorization and took such creative risks as releasing the lengthy pop aria of the title as a single, is portrayed congenially enough.

But the vocalist’s tangled personal life, beginning with his doomed engagement to his live-in girlfriend (Lucy Boynton), who remained his lifelong muse, his descent into a decadent lifestyle of homosexual promiscuity and what is presented as his redemption through an exclusive bond (with Aaron McCusker) in the years leading up to his 1991 death from AIDS-related pneumonia is another matter. Though screenwriter Anthony McCarten and director Bryan Singer treat this aspect of their story with restraint and some complexity, their film nonetheless predictably sends the message that at least committed gay relationships pass ethical muster.

A benign view of homosexual acts, cohabitation, a couple of same-sex kisses, a few uses of profanity, at least one rough and numerous crude and crass terms. The Catholic News Service classification is O — morally offensive. The Motion Picture Association of America rating is PG-13 — parents strongly cautioned. Some material may be inappropriate for children under 13.