Father Joel Phelps, pastor of St. Malachy Parish in Rantoul and St. Elizabeth Parish in Thomasboro, has been named vicar of the Champaign Vicariate by Bishop Daniel R. Jenky, CSC. 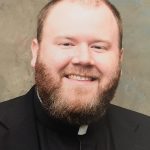 The bishop has also appointed Father Alex Millar as rector of St. Mary’s Cathedral in Peoria.

As vicar of the Champaign Vicariate, Father Phelps succeeds Father Robert Rayson, who was recently assigned as pastor of parishes — in El Paso and Benson — outside that vicariate.

Ordained in 2012, Father Phelps had served as parochial vicar of parishes in Urbana, Champaign, Mendota, Earlville, and Peterstown prior to his assignment to the Rantoul and Thomasboro faith communities in 2017. 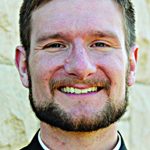 As rector of St. Mary’s Cathedral, Father Millar succeeds Msgr. Stanley Deptula, who was recently assigned as pastor of St. Matthew Parish, Champaign, and St. Boniface Parish, Seymour. Father Millar has served as parochial vicar at the cathedral parish — as well as at Sacred Heart Parish and St. Bernard Parish, both also in Peoria — since his ordination in 2015. He will continue as administrator of Sacred Heart and St. Bernard.