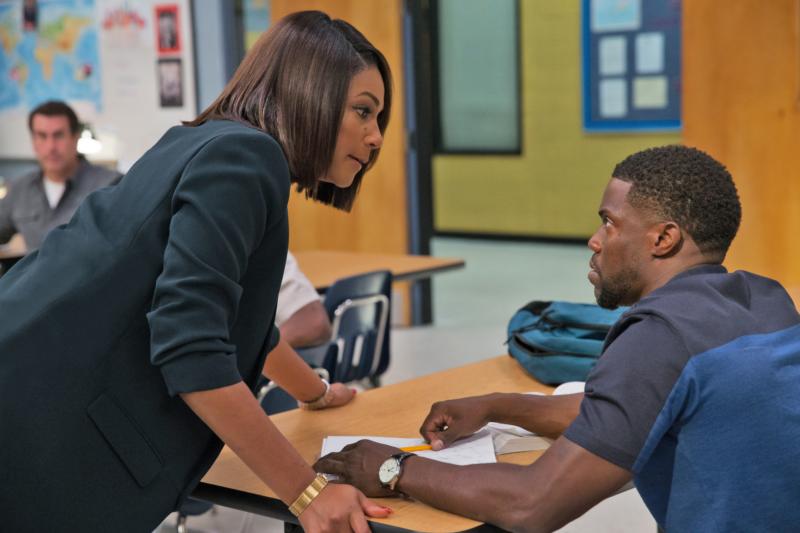 The purpose of this fitfully funny comedy from director Malcolm D. Lee is to allow Kevin Hart, playing a high school dropout seeking to pass the GED exam to secure a promising job, to trade barbs with Tiffany Haddish in the role of his feisty teacher. A few of their exchanges work. But when attention shifts to his predictably eccentric classmates (Rob Riggle, Romany Malco, Al Madrigal and Mary Lynn Rajskub among them), his ongoing rivalry with an old high school adversary (Taran Killam) or his romance with his fiancee (Megalyn Echikunwoke) laughs and interest both lag.

Given the unpleasant nature of some of the gags and the abundance of vulgar talk in the script, which Hart co-wrote with five others, viewers may want to play hooky instead.

Much sexual and some scatological humor, partial nudity, about a dozen profanities, several milder oaths, pervasive crude and crass language, mature references, including to homosexuality. The Catholic News Service classification is L — limited adult audience, films whose problematic content many adults would find troubling. The Motion Picture Association of America rating is PG-13 — parents strongly cautioned. Some material may be inappropriate for children under 13.