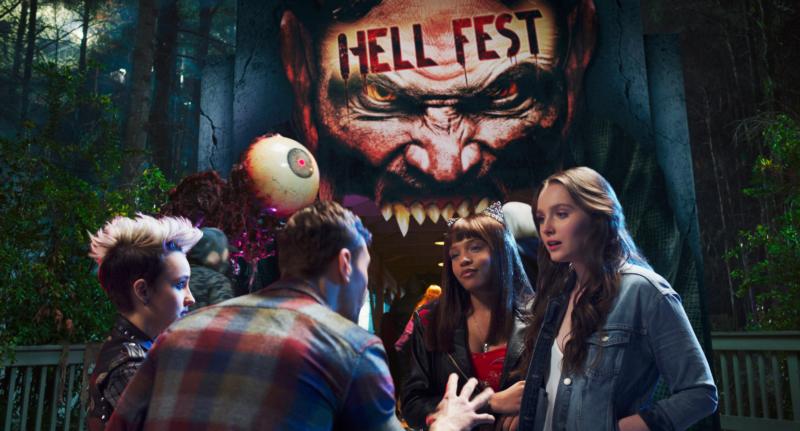 Nasty gorefest in which a real-life serial killer (Stephen Conroy) stalks the traveling horror carnival of the title, eventually targeting a college student (Amy Forsyth) as she, her date (Roby Attal) and two other couples (Reign Edwards, Christian James, Bex Taylor-Klaus and Matt Mercurio) wander among the macabre attractions.

Director Gregory Plotkin serves up a decidedly unoriginal film filled with screams, sickening gore and an ax-wielding maniac. It’s an extreme parade of mayhem moving toward a perverse conclusion and, as such, unsuitable for viewers of any age.