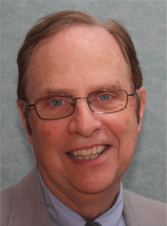 URBANA — A funeral Mass was offered at St. Patrick Church here on Oct. 1 for Deacon David Zola, who served the parish in several capacities including since 2012 as a permanent deacon.

Father Luke Spannagel was the principal celebrant of the funeral Mass and homilist. The liturgy included a Responsorial Psalm composed by Deacon Zola titled “In the Secret of My Heart” and based on Psalm 51.

Born May 29, 1947, in Cambridge, Massachusetts to Remo and Elinor Zola, he was a 1965 graduate of Lenox High School and continued his education at Fairfield University, Williams College, and Cornell University.

In 1978, he accepted a position as an assistant research professor at the University of Illinois. For the next four decades he served as a teacher and professor in the university’s College of Education.

Upon arriving in central Illinois, he joined St. Patrick Parish in Urbana and soon became involved in youth ministry. Another parish youth minister at the time was Susan Staats. The pair fell in love and were married on May 29, 1989.

The Zolas were both involved in education, with Susan presently serving as superintendent of Champaign’s Unit 4 School District.

In 2007, David and Susan were accepted into the ninth class of permanent deacons for the Diocese of Peoria. Deacon Zola was ordained on May 19, 2012, at St. Mary’s Cathedral in Peoria.

Among his pastoral duties at St. Patrick Parish was a ministry to people with special needs. Deacon Zola, who was disabled with multiple sclerosis, was also the parent of a deaf child.

In his homily, Father Spannagel recalled Deacon Zola’s joyful spirit and how — seated in his scooter — he would greet people before Masses with an ever-present smile.

Deacon Zola’s introductory biography on the St. Patrick Parish website noted his gratitude “for the love and support of the parishioners” and that he prayed daily “for the grace and strength to minister with a servant’s heart.

Recognizing Deacon Zola’s love of music, the family has requested that memorial donations be directed to fund the commissioning of a cantor stand to be built for the parish church. Checks may be made to St.  Patrick Church in Urbana with “Deacon David Zola Memorial” in the memo line.