Do we see Jesus as he really is, or more like how we want him to be? 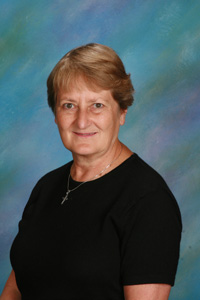 On his 51st birthday, H. Jackson Brown decided to jot down some of the lessons he had learned during his lifetime. He compiled a book after writing his own stories and asking others to do the same. Some of them:

Each of us could add our own “lessons learned” in life. Today’s Gospel paints a similar scenario.

Jesus has been around the disciples for a while now and they had begun to learn who he was. Since it was about a year into their time together, Jesus was curious about what they might say when asked their “lesson” of who Jesus was. What would they say about him?

Peter seems to get the closest to what Jesus hoped to hear, but he wasn’t on target. As a matter of fact, Peter really missed a critical point about Jesus. Peter wanted Jesus to be who he wanted Jesus to be. When Jesus told the disciples that he would “suffer greatly and be rejected by the elders, the chief priests, and the scribes, and be killed, and rise after three days,” Peter took Jesus aside and began to rebuke him. Jesus was quick to correct him: “You are thinking not as God does, but as human beings do.”

GOD IS ALWAYS THERE

Can we see ourselves doing exactly what Peter did? We can give so many descriptions of who Jesus is, but do they reflect who we want him to be or who he really is? Jesus is all that we want him to be as long as we can answer the question, “Who do you say I am?” with words that fit into our comfort zone.

The first reading from the prophet Isaiah walks us back to the essence of who Jesus is. Jesus is the One who did not turn back, who was willing to take the most shameful of circumstances only for the sake of total generosity for us. He did it knowing that the Lord God was his help.

In like fashion, the Gospels spell out for us these same descriptions of Jesus. We learn from the Gospel pages how Jesus treated others: through words of compassion, actions of healing and life. He was about demonstrating what God’s kingdom is really like: the deaf hear, the blind see, the lame walk, forgiveness is unconditional. And most importantly, he demonstrated in an uncompromising way that out of death comes life. The heart of the lesson was Jesus’ willingness to follow the will of his Father, of being open to the Father no matter the difficulty ahead.

So how do we learn the lessons of life? Do we listen to our own desires? Do we make our own plans? Or do we ponder the way of Jesus, listening prayerfully as he teaches us how to bring life to others through kindness and compassion? Have we learned that life comes out of death and God is always for us in the process?

Sister Rachel Bergschneider, OSB, has been a member of the Sisters of St. Benedict of St. Mary Monastery, Rock Island, for more than 50 years. She has served as a teacher, campus minister, and pastoral associate in the Diocese of Peoria.