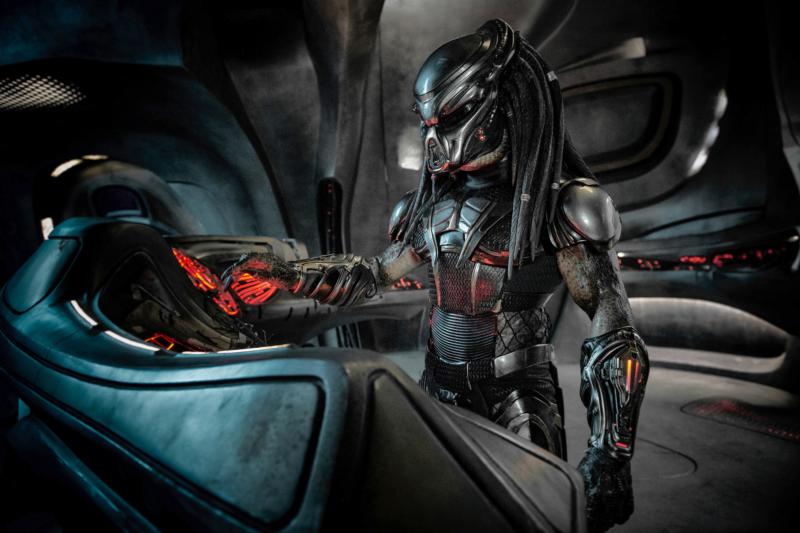 This is a scene from the movie "The Predator." The Catholic News Service classification is L -- limited adult audience, films whose problematic content many adults would find troubling. (CNS/Fox)

The sixth film appearance of the eponymous creature from outer space, directed and co-written by Shane Black, features predictable mayhem and bloodshed, but also unwelcome vulgarity and tasteless humor, making this questionable viewing even for grown-ups.

An army ranger (Boyd Holbrook) encounters the creature and steals its helmet and armor, which are decoded by his autistic son (Jacob Tremblay). An invasion is imminent, and the ranger cobbles together a rag-tag group of veterans (Keegan-Michael Key, Thomas Jane, Alfie Allen, Augusto Aguilera and Trevante Rhodes) and a scientist (Olivia Munn) to save the planet, while a government agent (Sterling K. Brown) has other plans.