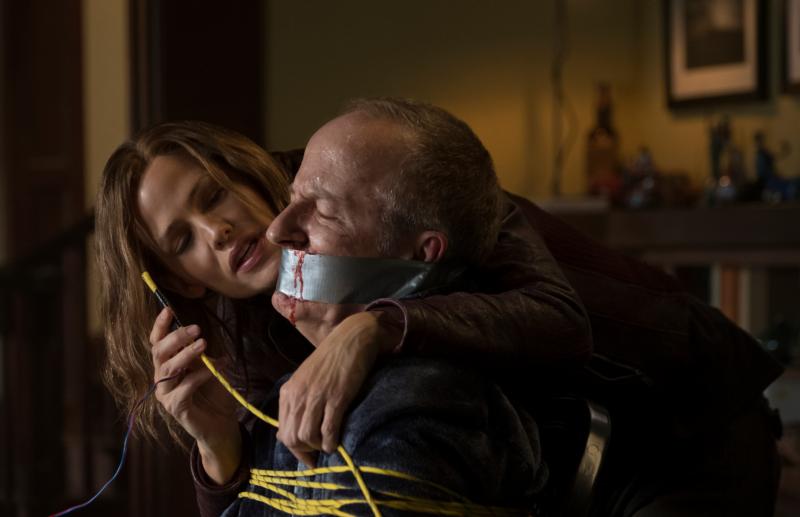 Jennifer Garner and Jeff Harlan star in a scene from the movie "Peppermint." The Catholic News Service classification is O -- morally offensive. (CNS/STX)

Jennifer Garner goes on the rampage in this gory, over-the-top revenge fantasy, directed by Pierre Morel. Garner plays a mild-mannered Los Angeles housewife whose mechanic husband (Jeff Hephner) flirts with, but backs out of, a scheme to rob a local drug kingpin (Juan Pablo Raba) only to have the gangster order his rubout anyway, a crime during which their 10-year-old daughter (Cailey Fleming) is also slain. Though she identifies the assassins, the fix is in at their trial and they walk free, after which she goes underground and transforms herself into a gun-toting, martial arts-skilled killing machine. Her slaughter spree eventually draws the attention of two of the LAPD officers (John Ortiz and John Gallagher Jr.) involved in her original case and that of the FBI (represented, most prominently, by Annie Ilonzeh) as well.

Screenwriter Chad St. John tries to paper over the heroine’s wrongdoing by making her the champion of the denizens of L.A.’s skid row on whose behalf she improbably rids the area of crime. But the primary objects of her attention remain the criminals and corrupt officials who robbed her of justice, and she tortures and terminates them with aplomb.

A benign view of vigilantism, excessive bloody violence, drug use, a few profanities, at least one milder oath, pervasive rough and much crude and crass language. The Catholic News Service classification is O — morally offensive. The Motion Picture Association of America rating is R — restricted. Under 17 requires accompanying parent or adult guardian.