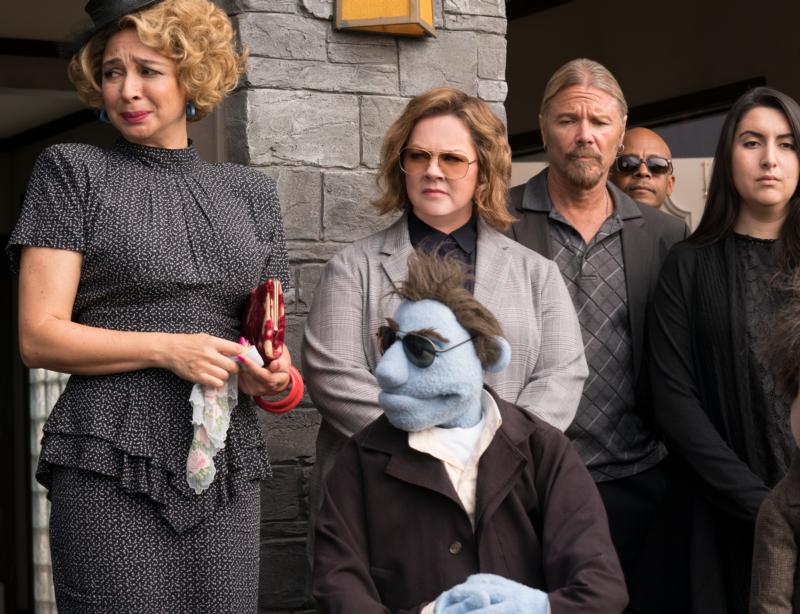 Maya Rudolph and Melissa McCarthy star in a scene from the movie "The Happytime Murders." The Catholic News Service classification is O -- morally offensive. (CNS/STX Entertainment)

Pornographic felt appears to have been the concept behind this Los Angeles-set murder mystery in which down-on-their-luck puppets from a once-popular 1990s TV show interact with humans. A disgraced puppet police detective (voice of Bill Barretta) and his human former partner (Melissa McCarthy) try to solve a series of slayings victimizing the cast of the program.

Director Brian Henson (son of Muppets creator Jim Henson) and screenwriter Todd Berger have borrowed elements from the Toontown of “Who Framed Roger Rabbit?” and some of the crasser sight gags in Adam Sandler’s body of work. The result is little more than a series of dirty jokes, best left unwatched.