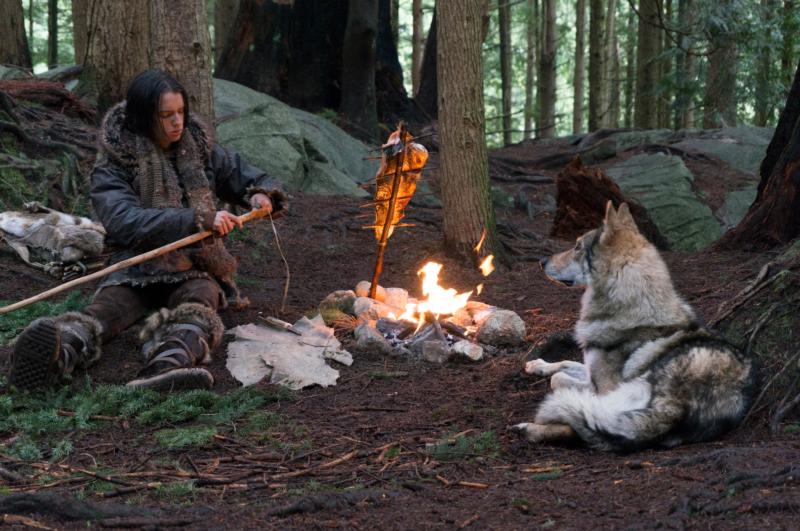 Kodi Smit-McPhee stars in a scene from the movie "Alpha." The Catholic News Service classification is A-II -- adults and adolescents. (CNS/Sony)

The oft-repeated tale of a boy and his dog imagines how mankind discovered man’s best friend — its canine ancestor, the wolf — some 20,000 years ago in southern Europe. A sensitive teenager (Kodi Smit-McPhee) is facing a milestone: joining his father (Johannes Haukur Johannesson) and other members of the Cro-Magnon tribe on the annual bison hunt, to provide food before the harsh winter sets in. After a tragic accident the tribe leaves him for dead, forcing the teen to embark on a dangerous journey home, with a lone wolf as his companion.

Director Albert Hughes has crafted thrilling fable, a coming-of-age survival story about family and friendship that, despite a few perilous moments, is worthy viewing for older teens.