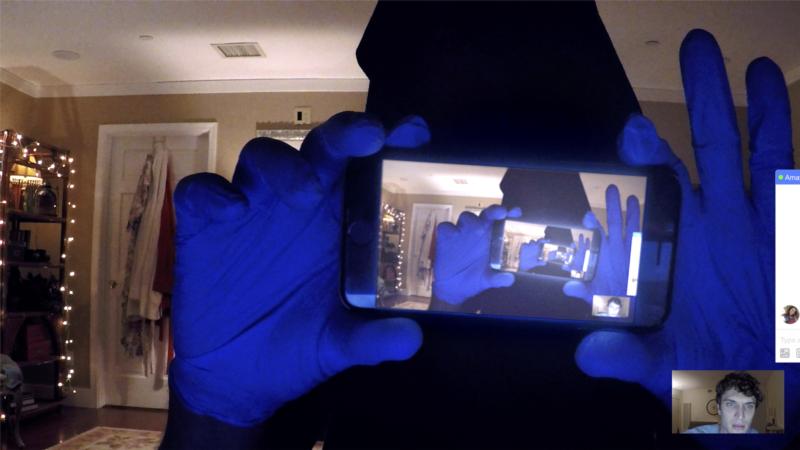 This is a scene from the movie "Unfriended: Dark Web." The Catholic News Service classification is A-III -- adults. (CNS/Blumhouse)

This sequel to the 2015 original relies on the cherished formula of a group of well-meaning, yet feckless, young people making earnestly bad decisions, especially those twin time-honored choices, not to involve law enforcement and not to get out of the house when a murderer is running rampant. A young tech whiz (Colin Woodell) and five of his pals, including his deaf girlfriend (Stephanie Nogueras), get caught up in the mayhem of the dark Web after he steals a computer and its hard drive turns out to be loaded with creepy content.

Despite cliches, writer-director Stephen Susco adopts an updated, entertaining style and goes relatively easy on the bloodletting, making his film acceptable, in that respect, for most grownups — a slew of generally stylized killings notwithstanding. The inclusion in the onscreen ensemble of a lesbian couple who consider themselves engaged, on the other hand, will not be to the taste of believers in the audience of any age.