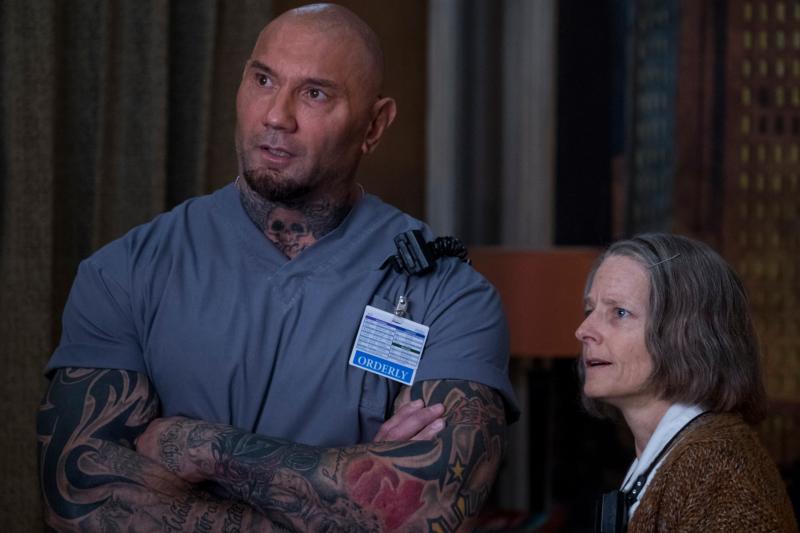 The hostelry of the title is, in fact, a secret, strongly secured hospital for criminals in the dystopian Los Angeles of the near future. As the riot-torn city spirals into chaos, a cross-section of underworld types seeks shelter there, under the protection of the clinic’s troubled, eccentric head nurse (Jodie Foster) and the muscle-bound orderly (Dave Bautista) who enforces her strict rules. They include an assassin-for-hire (Sofia Boutella), two brothers (Sterling K. Brown and Brian Tyree Henry) wounded in a robbery attempt, a surly arms dealer (Charlie Day) and, eventually, the dreaded kingpin (Jeff Goldblum) who owns the place.

Writer-director Drew Pearce gets things off to a stylish start, and Foster’s blend of toughness and vulnerability is compelling. But by the time the hyperviolent conclusion is reached, gore and bone-crunching have replaced creativity.