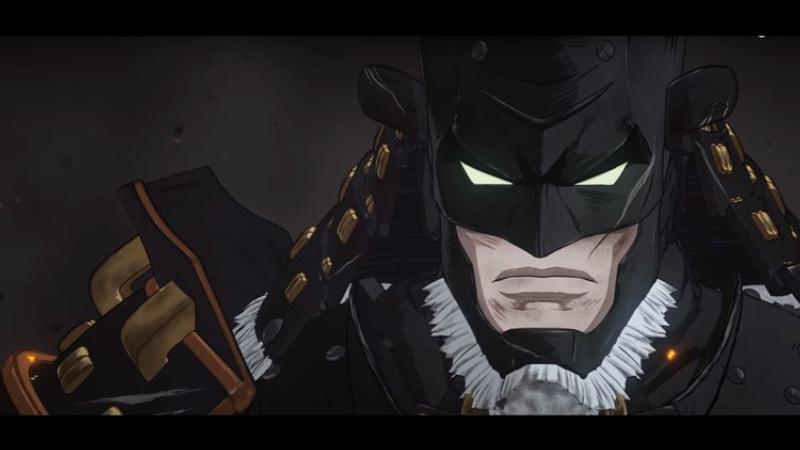 This is a scene from the movie "Batman Ninja." The Catholic News Service classification is A-III -- adults. (CNS/Warner Home Entertainment)

Produced in Japan in the “anime” style, with its distinctive settings, frantic action scenes and unique character design, this is a thrilling, confusing, gorgeous and bizarre straight-to-video film.

A time machine built by a supervillain ape (voice of Fred Tatasciore) transports Batman (voice of Roger Craig Smith) as well as most of his usual supporting cast to feudal Japan sometime around the 16th century. As he battles Gotham’s nastiest (voices of Tom Kenny, Eric Bauza, Tara Strong, Tony Hale and Tatasciore) who have taken on the role of Japanese warlords, the Caped Crusader is aided by host of ninjas (their leader voiced by Matthew Yang King) and some friends from back home (voices of Adam Croasdell and Yuri Lowenthal).

Intense battle sequences, a few mild oaths and crass expressions. The Catholic News Service classification is A-III — adults. The Motion Picture Association of America rating is PG-13 — parents strongly cautioned. Some material may be inappropriate for children under 13.