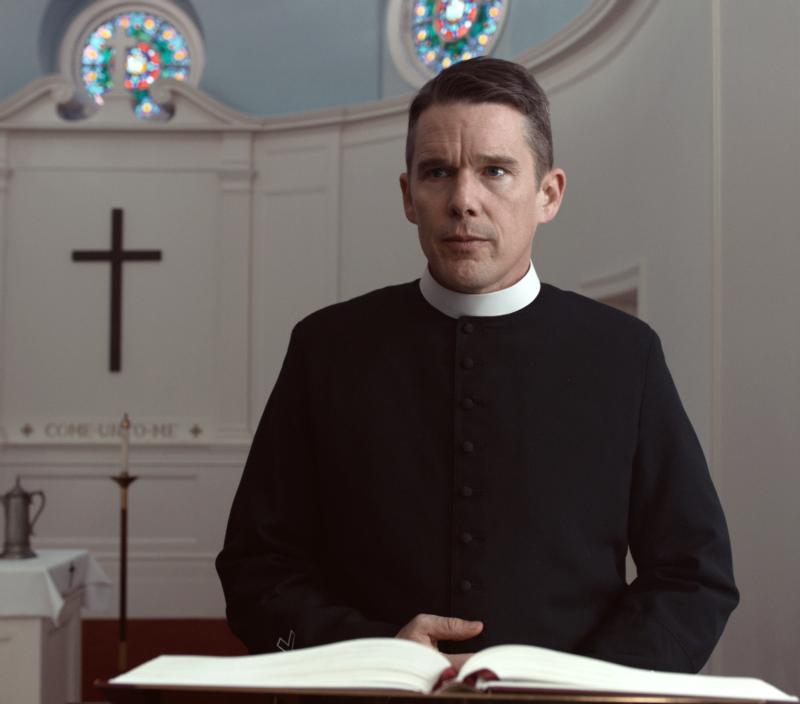 Ethan Hawke stars in a scene from the movie "First Reformed." The Catholic News Service classification is A-III -- adults. (CNS/courtesy A24)

This drama about a Protestant minister (Ethan Hawke) in upstate New York has quite a bit to say about religious belief, environmentalism, grieving, alienation, rage, the power of love and the corruption of religion by money and power.

Writer-director Paul Schrader does not condescend to belief, but is interested in launching discussions about what faith means and what actions best express it.