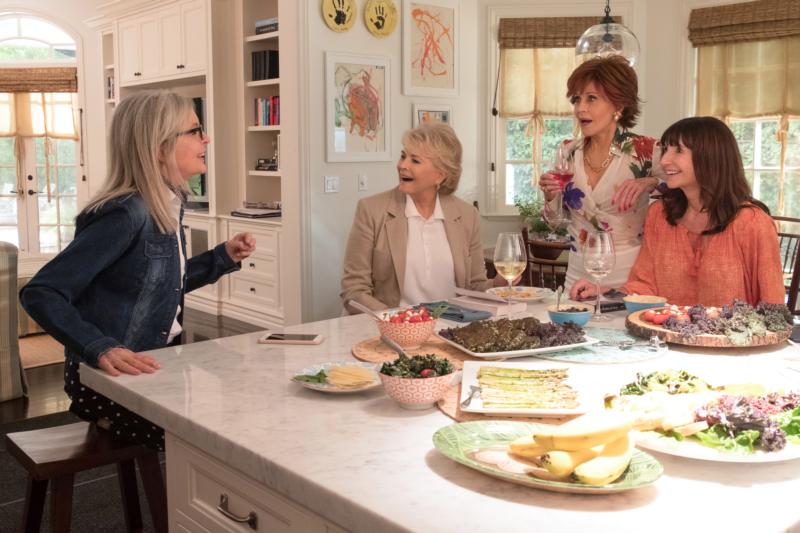 An ensemble of friends, all ladies of a certain age, find a renewed interest in amour after their book club takes on E.L. James’ sadomasochistic “Fifty Shades” trilogy.

Timid recent widow Diane Keaton lets the patronizing attitude of her duo of over-solicitous adult daughters stand in the way of her romance with wealthy pilot Andy Garcia. Promiscuous, emotionally detached hotel owner Jane Fonda reconnects with Don Johnson, the ex whose proposal she long ago turned down. Buttoned-up federal judge Candice Bergen tries an online dating service and meets Richard Dreyfuss. And Mary Steenburgen and Craig T. Nelson struggle to reignite the flames of passion in their decades-old marriage.

There’s hardly a line of dialogue in director and co-writer Bill Holderman’s romantic comedy, penned with Erin Simms, that doesn’t contain an innuendo, a smutty pun or some other tiresome joke about an aging woman’s right to satisfaction in the bedroom, a cause for which the film crusades relentlessly without regard to marital status or any other circumstance. Only Fonda’s tilt away from her licentious past and Steenburgen and Nelson’s commitment to fidelity partially retrieve the lowminded proceedings.

A misguided view of human sexuality, an offscreen premarital encounter, implied cohabitation, pervasive sexual humor, including an extended tasteless sight gag, several profanities and milder oaths, at least one rough and a couple of crude terms. The Catholic News Service classification is L — limited adult audience, films whose problematic content many adults would find troubling. The Motion Picture Association of America rating is PG-13 — parents strongly cautioned. Some material may be inappropriate for children under 13.