“Life of the Party” (Warner Bros.) 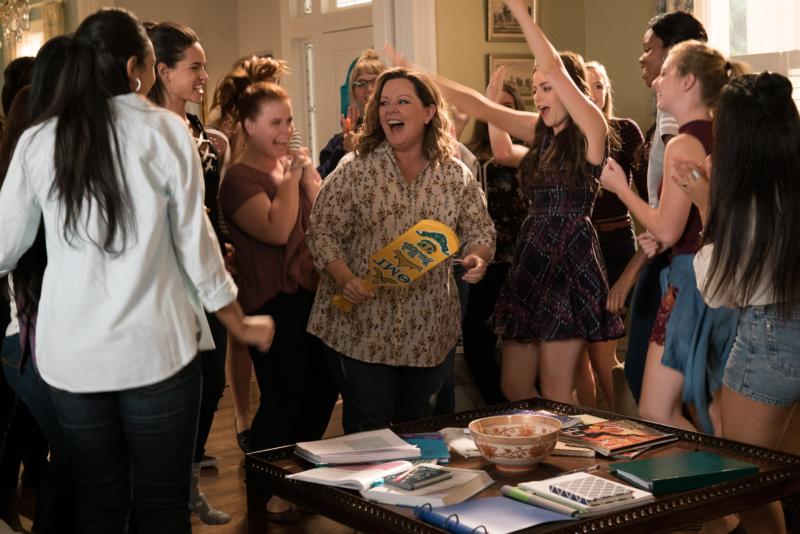 Melissa McCarthy stars in a scene from the movie "Life of the Party." The Catholic News Service classification, A-III -- adults. (CNS/Warner Bros.)

Anemic comedy in which middle-aged mom Melissa McCarthy (who also co-wrote the script) is dumped by her husband (Matt Walsh) in favor of the hard-edged real estate agent (Julie Bowen) with whom he has been having an affair and decides to get a fresh start by returning to the university she dropped out of in order to have her now-grown daughter (Molly Gordon) who is also currently a student there. Her kindly, upbeat manner makes her the toast of her daughter’s sorority and wins her the heart of a handsome fraternity brother (Luke Benward).

Everything about director and co-writer Ben Falcone’s star vehicle for his wife McCarthy rings false, including its affirmations of maternal and filial affection and its rounds of mutual feminine confidence building.

Frivolously treated offscreen nonmarital and marital sexual activity, some of it in semi-public places, unintentional drug use, comic brawling, sexual and anatomical humor, a couple of crude and numerous crass terms. The Catholic News Service classification is A-III — adults. The Motion Picture Association of America rating is PG-13 — parents strongly cautioned. Some material may be inappropriate for children under 13.