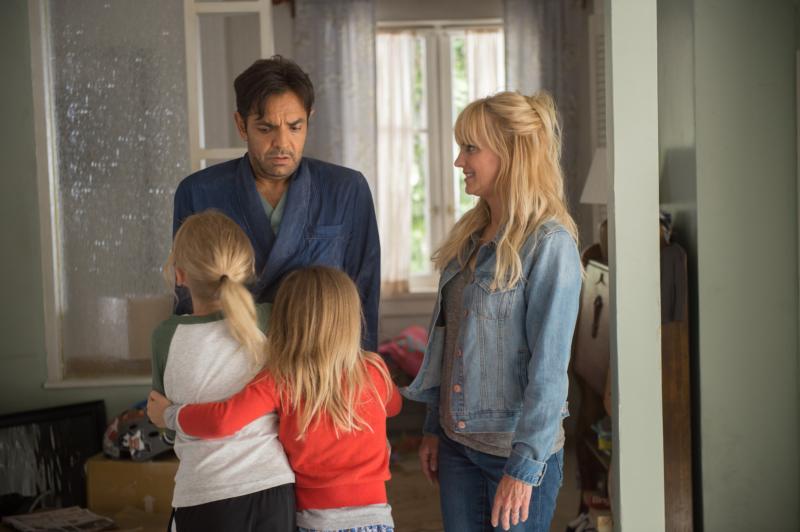 Director and co-writer Rob Greenberg’s surprisingly buoyant remake of the 1987 romantic comedy offers a fresh take on the original’s zany forgotten-identity plot while also avoiding its frivolous treatment of adultery.

The spoiled scion (Eugenio Derbez) of one of Mexico’s richest families whiles away his days on a luxury yacht, awash in booze and surrounded by lovelies. He clashes with a sensible but cash-strapped single mother of three (Anna Faris) when she comes to clean the vessel’s carpets. When he subsequently falls overboard and awakens with amnesia, she sees press coverage of the situation and, with the encouragement of her boss (Eva Longoria), decides to take advantage of it by posing as his wife and taking him home. As the wastrel adjusts to his new, impoverished lifestyle, a transformation is in store.

Taken strictly as a comic fantasy — the abduction and deception are not to be condoned, though viewers are hardly likely to imitate the heroine’s actions — the film offers an entertaining parable about redemption.