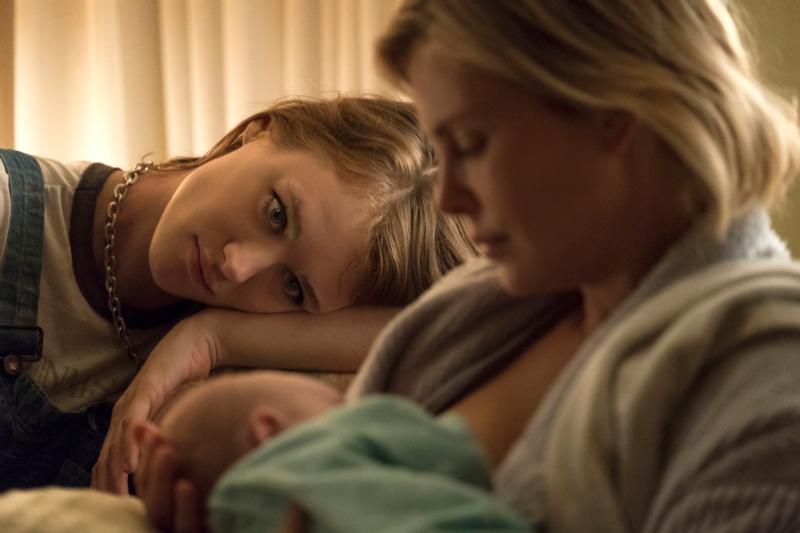 Though it winds up strongly affirming marriage and family life, this comedy takes a path to that positive outcome that most viewers may not wish to follow.

As a baby present to mark the arrival of her third child, an already overworked and exhausted mother (Charlize Theron) is offered the free services of a night nanny (Mackenzie Davis) by her prosperous brother (Mark Duplass). Though she hesitates to accept the gift at first, once she relents, she finds that the relief provided by the remarkably gifted, free-spirited young caregiver revitalizes her relationship with her loving but distracted husband (Ron Livingston) and with their two older kids (Lia Frankland and Asher Miles Fallica).

Yet all is not as it seems. Some of the moral difficulties inherent in director Jason Reitman’s film, as scripted by Diablo Cody, are offset by its ultimate point. Others are resolved by unforeseen plot development. Still others, however, remain, though mostly in the background.