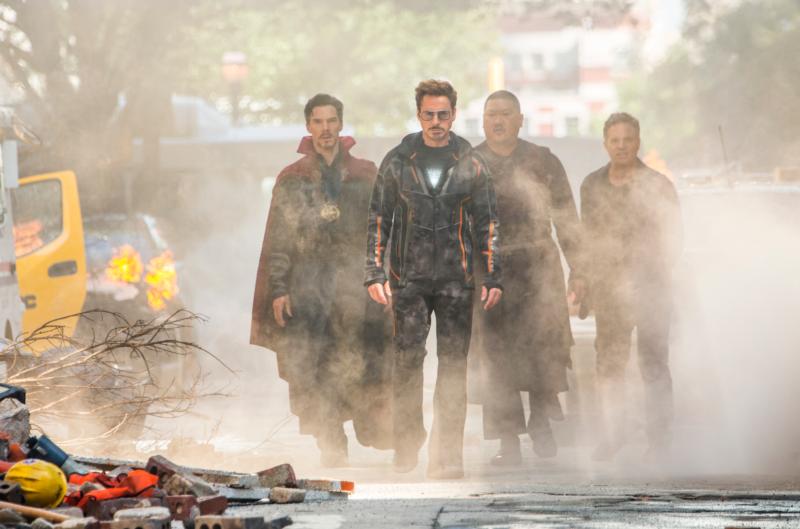 Towering, richly complex Marvel Comics-based adventure pitting both the Avengers and the Guardians of the Galaxy against a slaughter-loving tyrant (Josh Brolin) whose maniacal scheme to bring his version of harmony to the universe by wiping out half its population will be within reach if he can collect a set of supernatural gems called the Infinity Stones.

As the array of superheroes — too numerous to name but perhaps most prominently Robert Downey Jr.’s Iron Man, Benedict Cumberbatch’s Dr. Strange and Chris Pratt’s Star-Lord — try to thwart the villain, co-directors (and brothers) Anthony and Joe Russo create a mesmerizing saga that repeatedly drives home the message that the common good is not to be achieved at the price of any individual’s innocent life. An outstanding cast in top form, clever self-parodying dialogue in Christopher Markus and Stephen McFeely’s script and a shockingly daring wrap-up are further bonuses.

Possibly acceptable for older teens. Much harsh but mostly bloodless violence, a couple of mild oaths, several crude and numerous crass terms. The Catholic News Service classification is A-III — adults. The Motion Picture Association of America rating is PG-13 — parents strongly cautioned. Some material may be inappropriate for children under 13.