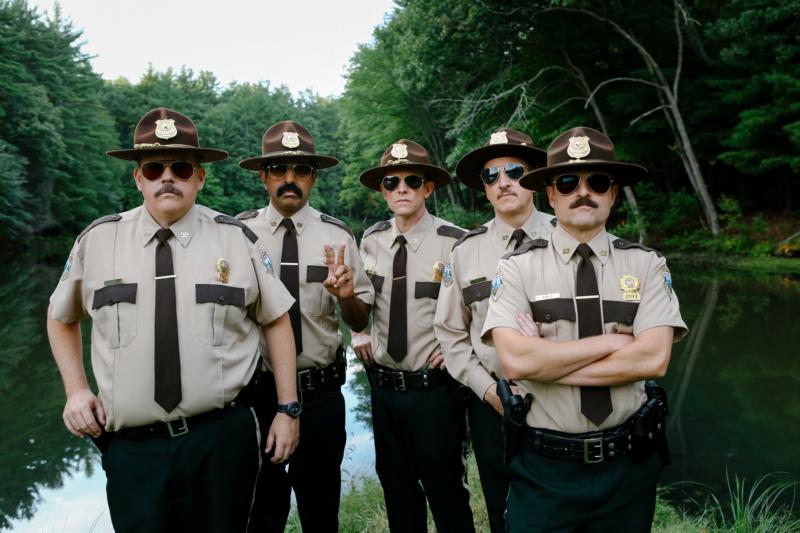 Obnoxious ensemble comedy in which a shift in the border between the U.S. and Canada leads to an exchange of sophomoric practical jokes between a band of Vermont state troopers (Jay Chandrasekhar, who also directed, Kevin Heffernan, Steve Lemme, Paul Soter and Erik Stolhanske) and their Mountie counterparts (Will Sasso, Tyler Labine, and Hayes MacArthur).

Presumably designed to make adolescent boys of all ages snigger, Chandrasekhar’s follow-up to the 2002 original, which he wrote in collaboration with the other four actors playing the Americans, crosses the line from crude to seamy with a sequence set in the bordello and strip club owned by the local mayor (Rob Lowe).