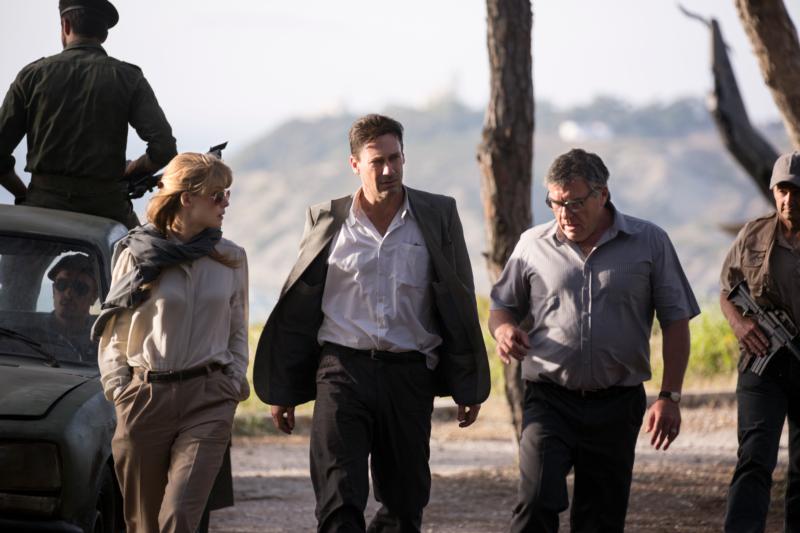 Every word matters in this espionage thriller set in 1982 during the civil war in Lebanon.

A U.S. negotiator (Jon Hamm) struggles with his emotional demons and a great deal of alcohol as he attempts to free an American hostage (Mark Pellegrino) held by Palestinian terrorists (including Idir Chender). A CIA field agent (Rosamund Pike) is assigned to the mediator to prevent from being taken hostage himself or going on an extended bender.

Director Brad Anderson, working from a screenplay by Tony Gilroy, demands that the audience pay close attention to this extraordinarily rare drama for grown-ups in which gunfire, explosions and ethnic hatreds are secondary to matters of trust.