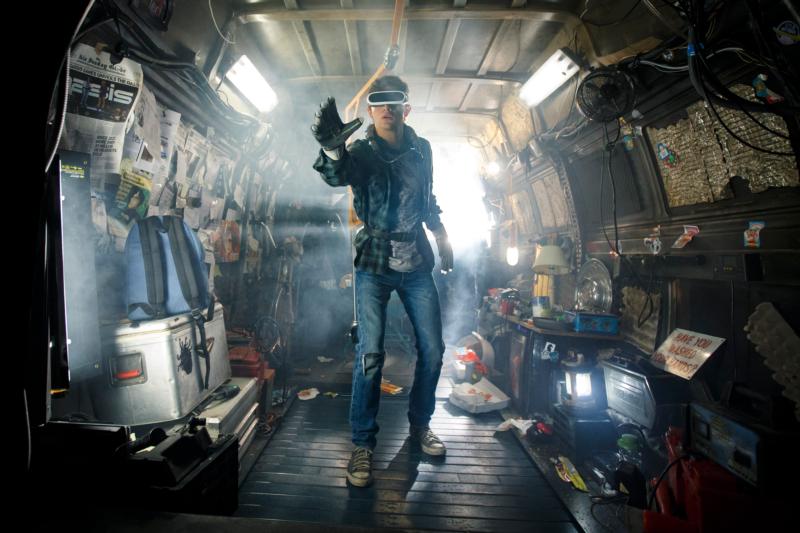 Director Steven Spielberg’s adaptation of the 2011 novel by Ernest Cline (who co-wrote the screenplay with Zak Penn) offers a dizzying immersion into virtual reality via an alternative universe called the Oasis. In the dystopian world of the year 2045, everyone straps on a pair of goggles and uses this device to escape their miserable existence and embrace narcissism.

Before he died, its creator, an eccentric scientist (Mark Rylance), designed a contest for his gamers the winner of which would not only inherit his fortune but gain control of the Oasis. Motivated by greed, a wicked CEO (Ben Mendelsohn) harnesses the resources of his corporation to solve this puzzle. Out to thwart the powerful villain’s scheme are an intrepid teenager (Tye Sheridan), the lad’s love interest (Olivia Cooke) and a gaggle of his friends.

Spielberg’s sci-fi fantasy initially offers relatively wholesome escapist fun. But it becomes suitable for mature viewers only once key scenes from the inventor’s favorite movie, 1980’s “The Shining,” are re-created.

Intense violence with gore, much stylized mayhem, brief sensuality and partial nudity, one use of profanity, occasional crude language. The Catholic News Service classification is A-III — adults. The Motion Picture Association of America rating is PG-13 — parents strongly cautioned. Some material may be inappropriate for children under 13.