“God’s Not Dead: A Light in Darkness” (Pure Flix) 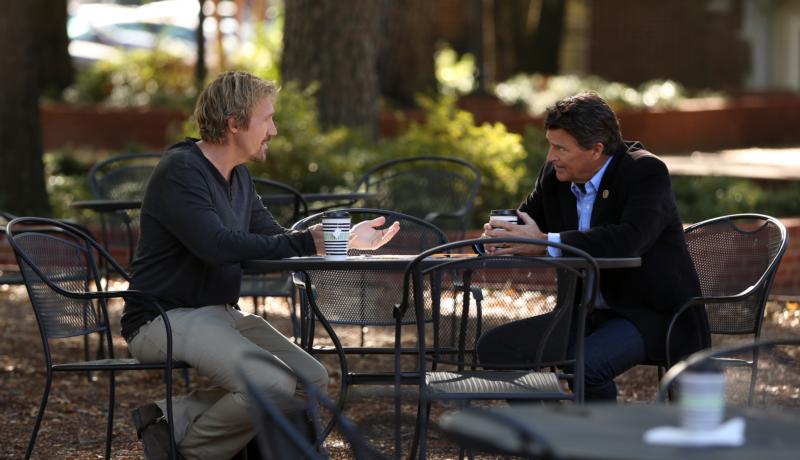 David A.R. White and Ted McGinley star in a scene from the movie "God's Not Dead: A Light in Darkness." The Catholic News Service classification is A-II -- adults and adolescents. (CNS/Pure Flix)

Problems beset an earnest pastor (David A.R. White) as the state university on the campus of which his church stands (led, among others, by Ted McGinley) invokes eminent domain to force his congregation to move and the ensuing controversy causes a riled-up student (Mike C. Manning) to commit an act of vandalism on the sanctuary that has unintended but disastrous consequences.

Forgiveness and reconciliation are the foremost themes in writer-director Michael Mason’s drama, the second sequel to 2014’s “God’s Not Dead,” which sees the clergyman reaching out to his estranged brother (John Corbett), a lawyer, for representation in his court battle. A less strident tone and a timely message about intemperate political and cultural discourse may recommend this follow-up to at least some viewers outside its built-in audience, though a momentary treatment of divorce in the dialogue requires discernment on the part of Catholic moviegoers.

Brief violence with slight gore. The Catholic News Service classification is A-II — adults and adolescents. The Motion Picture Association of America rating is PG — parental guidance suggested. Some material may not be suitable for children.