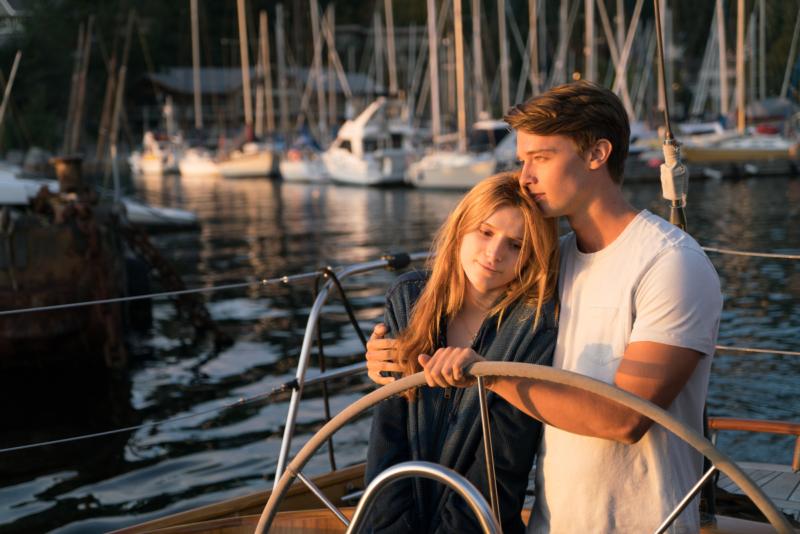 This remake of the 2006 Japanese film “Song to the Sun” is a sweet, heartfelt movie, directed by Scott Speer, that presents a refreshing view (for Hollywood, that is) of young people who are not behaving badly.

A teenager (Bella Thorne) suffers from an incurable disease due to which any exposure to sunlight could prove fatal. Housebound during the day, she is cared for by her overprotective father (Rob Riggle) and best friend (Quinn Shephard). Venturing out one evening, she meets her long-time crush (Patrick Schwarzenegger), whom she has secretly watched from her bedroom window for years.

They fall for each other, but he is unaware of her condition. Mature teens will benefit from this old-fashioned romance with its positive role models and good lessons in love and compassion, the elements listed below notwithstanding.

Scenes of underage drinking, some mild sensuality, one crude term. The Catholic News Service classification is A-II — adults and adolescents. The Motion Picture Association of America rating is PG-13 — parents strongly cautioned. Some material may be inappropriate for children under 13.