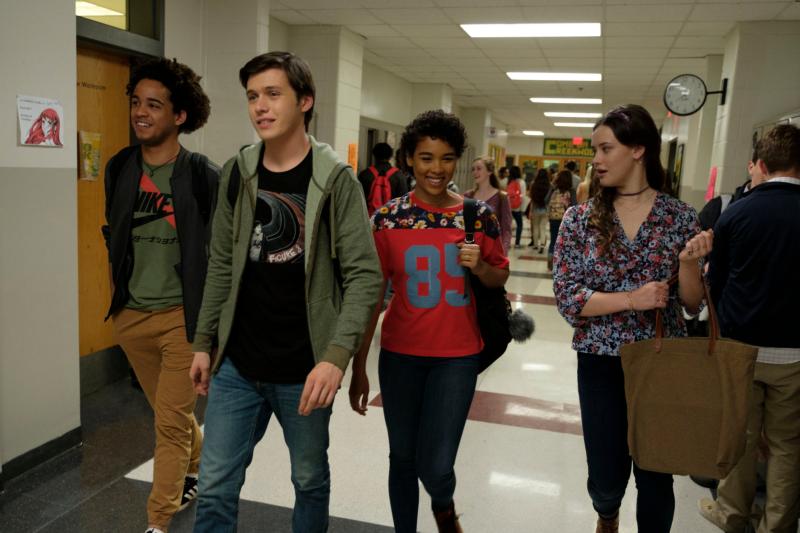 Good-hearted but morally misguided romantic comedy in which a closeted gay teen (Nick Robinson) strikes up a pseudonymous email exchange with a fellow student from his high school who is in the same situation, and gradually falls for his unidentified correspondent. When a callous classmate (Logan Miller) discovers his secret, and uses it to blackmail him, hoping to build up a romantic relationship with one (Alexandra Shipp) of the lad’s trio of best friends (rounded out by Katherine Langford and Jorge Lendeborg Jr.), it further complicates his furtive life.

In adapting Becky Albertalli’s 2012 novel for young adults, “Simon vs The Homo Sapiens Agenda,” director Greg Berlanti succeeds in delivering some enjoyable humor and moments of genuine pathos. But, as scripted by Elizabeth Berger and Isaac Aptaker, his film predictably fails to distinguish between the dignity to which everyone, of whatever inclination, is entitled and the acceptability of acting on urges that fall outside God’s revealed plan for human sexuality.

A benign view of homosexual relationships, same-sex kissing, numerous references to sexuality, several uses of profanity, at least one rough term, considerable crude and crass language. The Catholic News Service classification is O — morally offensive. The Motion Picture Association of America rating is PG-13 — parents strongly cautioned. Some material may be inappropriate for children under 13.