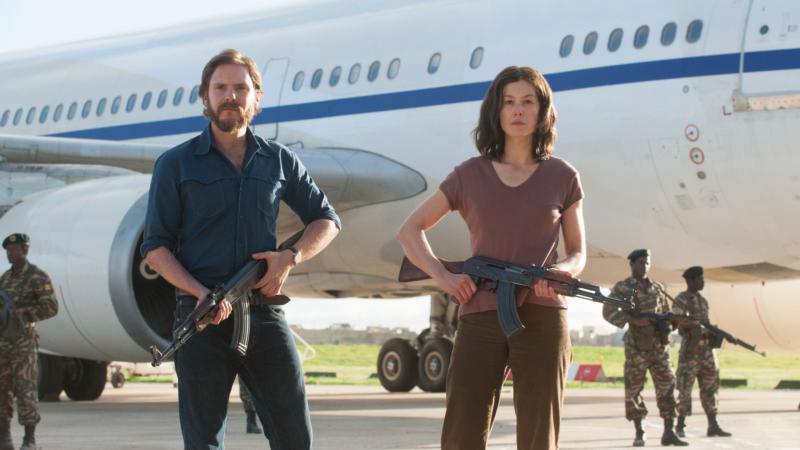 Daniel Bruhl and Rosamund Pike star in a scene from the movie "7 Days in Entebbe." The Catholic News Service classification is A-III -- adults. (CNS/Focus Features)

All the tension of a daring military raid has somehow been drained from this historical drama based on the 1976 hostage rescue in Uganda by Israeli commandos.

With a better script and bigger budget, director Jose Padhila and screenwriter Gregory Burke could have made an effective thriller. But neither is in evidence here, nor is there a vital historical or moral context. Instead the film attempts to give a sympathetic gloss to two German leftists (Daniel Bruhl and Rosamund Pike) who, as affiliates of the Popular Front for the Liberation of Palestine, helped plan the hijacking that kicked off the crisis.

Occasional gun and physical violence, fleeting gore, a single use of rough language. The Catholic News Service classification is A-III — adults. The Motion Picture Association of America rating is PG-13 — parents strongly cautioned. Some material may be inappropriate for children under 13.