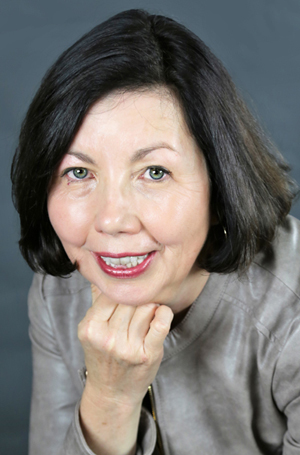 Dodie Gomer of Peoria has been named the new diocesan lay coordinator for Cursillo.

Dodie Gomer really didn’t know what to expect when she made her Cursillo weekend in October 2010, other than it would be a “short course in Christianity” and she wouldn’t be able to use her phone. The thought was unsettling.

A human resource professional at Caterpillar Inc. at that time, she wasn’t sure how she would get by without her Blackberry, which was always in her hand.

Gomer admitted her other concern was that she would be in over her head. Raised in a large Catholic family in Peoria, she still feared that she might be “illiterate” in terms of Scripture and theology.

“Oh! It wasn’t like that at all,” she told The Catholic Post with joy. “You are learning at your own pace.

It was just a welcome relief to find a community where we were all willing to learn more about our faith.

It was just a welcome relief to find a community where we were all willing to learn more about our faith.”

As the new diocesan lay coordinator for Cursillo, Gomer will have a hand in making sure people throughout central Illinois will be able to experience the same joy and spiritual enrichment she found for years to come. The appointment was made by Bishop Daniel R. Jenky, CSC, and announced at the beginning of March.

“I’m humbled, I’m honored and I’m so willing to learn,” Gomer said. “That’s really what this role is about – communication, but learning first.”

She hopes to facilitate that by bringing together the lay coordinators from each Cursillo center in the Diocese of Peoria. The first meeting is being planned for June.

“Cursillo has a structure that has worked really well. However, some things have changed over the years, such as technology and social media, and some people have incorporated changes that have really benefited their district,” Gomer explained. “So pulling the lay coordinators together from each of the districts allows us to learn from each other.”

She added that she hopes to visit each of the centers over the next three years with Deacon Rick Miller, diocesan spiritual director for Cursillo. They won’t be visiting for the sake of visiting, though.

“I have this phrase that I’ve used throughout my career and it’s ‘structure follows strategy.’ You don’t really do anything unless there’s a purpose for it and it’s going to have an impact,” Gomer said, noting they might attend a Cursillo weekend or a steering committee meeting or a monthly gathering known as an Ultreya. These usually include Mass, a talk and social time.

ALL AGES, WALKS OF LIFE

While Cursillistas – people who have made a Cursillo weekend – don’t offer many specifics about what happens during the three-day experience, it isn’t because it’s a closed society, according to Gomer.

“The reason why its secretive is because there are so many awesome, beautiful moments that you want someone else to delight in that,” she said. “There are delights you need to find on your own.”

What she does emphasize is that Cursillo allows people to grow and get involved at their own pace. People are encouraged to join a “reunion group” after their weekend so they can be supported in that process, but Gomer said it’s not so much something you “have to do” as it is something you “get to do.”

“It’s the most beautiful, remarkable hour of my week,” she told The Post.

Gomer added that Cursillo has allowed her to meet people of all ages, from all walks of life, and has opened her eyes to opportunities in the church she never knew existed before.

You want to get involved. Those that make Cursillo make the best volunteers in their own parishes.

You want to get involved,” she said. “Those that make Cursillo make the best volunteers in their own parishes.”

And she assured people that most of what happens in Cursillo is simple: “You don’t have to have a theology degree to be involved.”

On a personal note, Gomer credited Cursillo for giving her and her husband of 30 years, Steve, an opportunity to grow as a couple. The parents of two sons, they begin every day with a rosary, remembering those on their prayer list.

Retired from Caterpillar since 2015, Gomer continues to give talks on leadership and sits on the board or steering committee for several service and faith-based organizations. She is a member of St. Vincent de Paul Parish in Peoria.