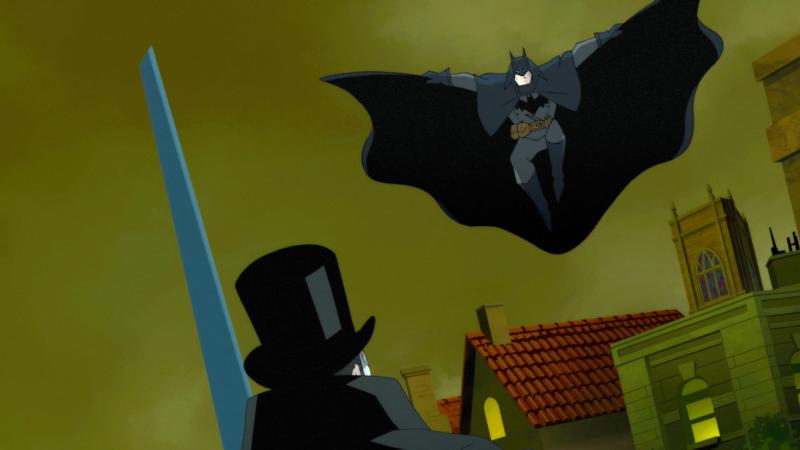 This is a still image from the video animated film "Batman: Gotham by Gaslight." The Catholic News Service classification is A-III -- adults. (CNS/Warner Home Video)

An adequate, if not outstanding, superhero tale, this direct-to-video animated film transports Batman (voice of Bruce Greenwood) and his supporting characters to a Victorian-era version of their home town. There, the Caped Crusader takes on Jack the Ripper, who is murdering prostitutes, just as his real-life counterpart did in London.

Offended by the work of a nun (voice of Grey DeLisle) who runs an orphanage that also aids ladies of the night — and anyone else in need — Jack sets out to stop her. In response to the evil he embodies, she offers not violent resistance, but forgiveness. Though this moment of grace is edifying, and will appeal especially to Catholic viewers, other considerations indicate this title is best for an audience of grownups.