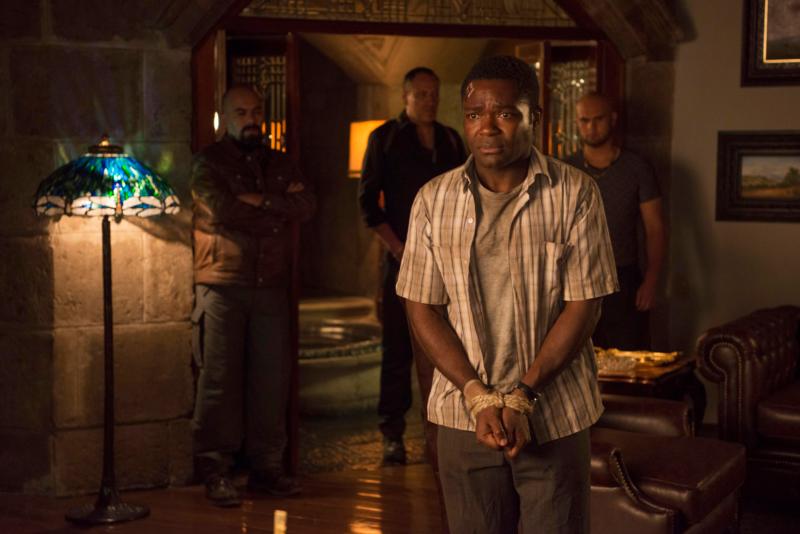 David Oyelowo stars in a scene from the movie "Gringo." The Catholic News Service classification is A-III -- adults. (CNS/Amazon Studios)

Moral dilemmas come fast and furious in this dark, but somehow not cynical, comedy about avarice and its near-instant consequences.

Sent to Mexico by his corrupt bosses (Joel Edgerton and Charlize Theron) to seal a crooked deal for his pharmaceutical company, a gullible executive (David Oyelowo), driven by financial desperation, instead pretends that he has been kidnapped and held for ransom. This moment of raw greed sets numerous subplots in motion, including a drug cartel’s pursuit of the businessman.

Had they dealt with this material more elegantly, director Nash Edgerton and screenwriters Anthony Tambakis and Matthew Stone might have ended up with an Alfred Hitchcock suspense homage. But, while it’s not family fare, the film as it stands will satisfy at least some grown viewers, especially since its resolution, though flawed, acknowledges the necessity of structured justice in a chaotic world.