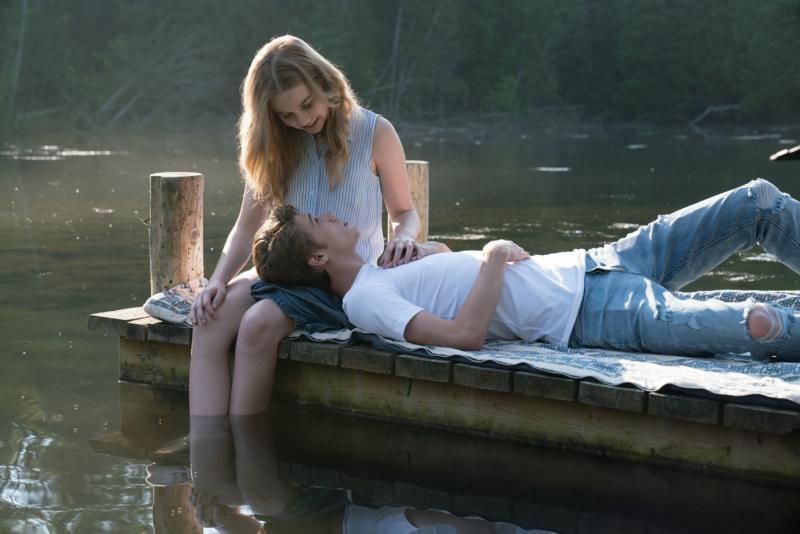 Angourie Rice and Justice Smith star in a scene from the movie "Every Day." The Catholic News Service classification is A-III -- adults. (CNS/Orion Pictures)

Strange teen romance in which a high school student (Angourie Rice) falls for a spirit who inhabits the bodies of different people for a day at a time, originally encountering the androgynous sprite when it takes over her normally self-absorbed and inattentive boyfriend (Justice Smith), transforming him into the kind of caring companion for which she naturally longs.

Director Michael Sucsy’s screen version of David Levithan’s novel, which also features Owen Teague as the classmate the protagonist ought to be dating, sends the honorable, if less than original, message that relationships should be about more than surface attraction. But this theme entails a further subtext suggesting that gender differences are an insignificant factor where matters of the heart are concerned. Taken together with the script’s indication that physical interaction before marriage is a given, and that Christians are devil-fearing fools, that implicit agenda item makes the film unfit for its target audience of adolescents.

A denigrating portrayal of Protestant Christianity, a benign view of homosexual acts, two off-screen premarital bedroom encounters, an adultery theme, a same-sex kiss, at least one use of profanity, several crude and crass terms. The Catholic News Service classification is A-III — adults. The Motion Picture Association of America rating is PG-13 — parents strongly cautioned. Some material may be inappropriate for children under 13.