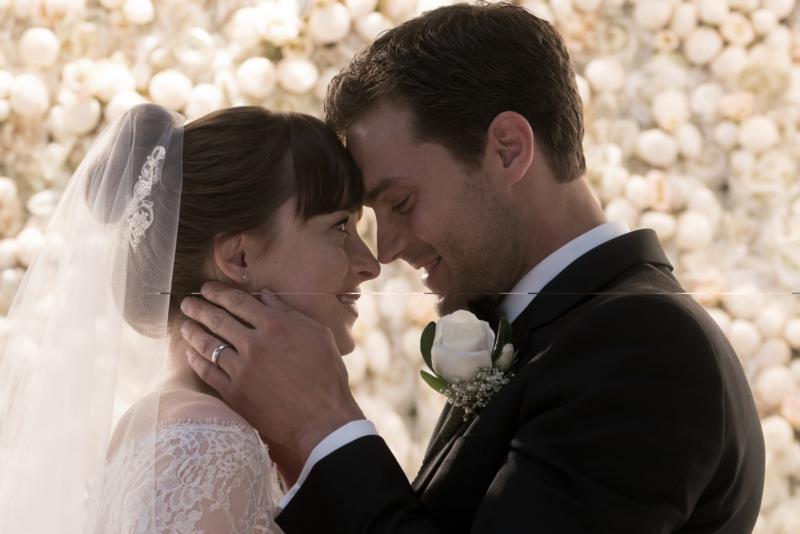 Absurdities alternate with exploitative sex scenes in this screen version of the third novel in E.L. James’ tawdry trilogy. With their sadomasochistic relationship now solemnized by marriage, a fabulously wealthy, controlling tycoon (Jamie Dornan) and his mousy book editor of a bride (Dakota Johnson) look forward to a life of private jets, sleek yachts and kinky carryings-on in their penthouse’s well-equipped dungeon. But one of her former colleagues (Eric Johnson) is stalking the happy couple, and his aim is not to throw rice on them.