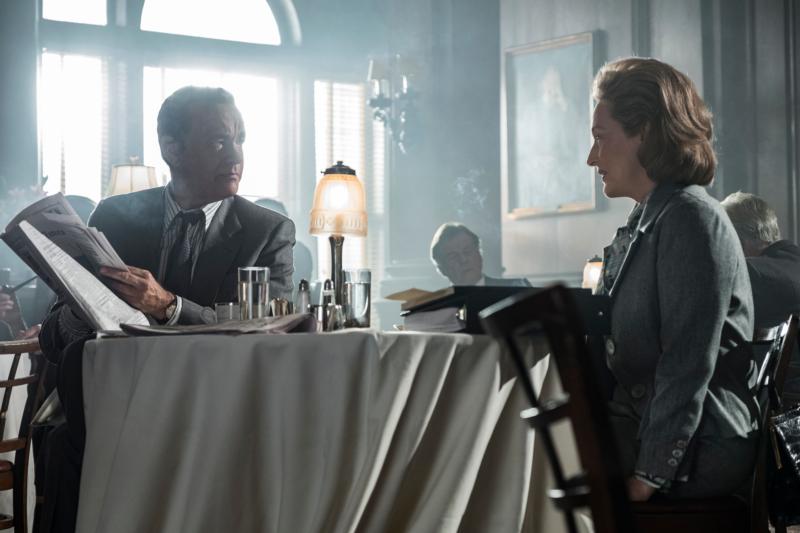 Tom Hanks and Meryl Streep star in a scene from the movie "The Post." The Catholic News Service classification is A-III -- adults. (CNS/Fox)

Nostalgic account of The Washington Post’s publication of the Pentagon Papers in 1971 has Meryl Streep as publisher Katharine Graham and Tom Hanks as editor Ben Bradlee fighting both the Nixon administration and their own notions of how journalists should behave around prominent public officials.

Director Steven Spielberg, working from a script by Liz Hannah and Josh Singer, aims to make a rouser along the lines of 1952’s “Deadline U.S.A.” and, according to that film’s formula of a crusading newspaper in financial peril triumphing over government secrets and crooked politicians, he succeeds.

Scenes of military combat, fleeting rough language. The Catholic News Service classification is A-III — adults. The Motion Picture Association of America rating is PG-13 — parents strongly cautioned. Some material may be inappropriate for children under 13.