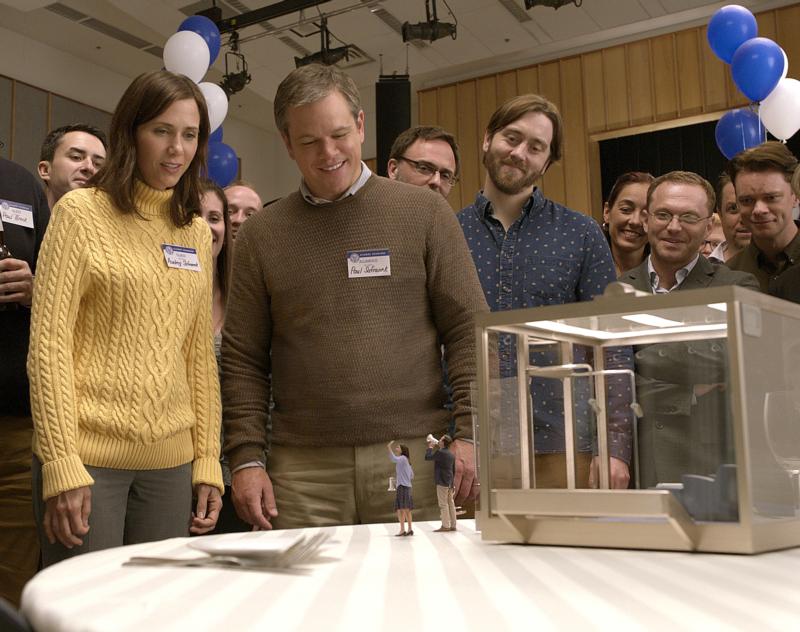 Kristen Wiig and Matt Damon star in a scene from the movie "Downsizing." The Catholic News Service classification is A-III -- adults. (CNS/Paramount)

What begins as a curious sci-fi fantasy about a futuristic technology people can use to shrink themselves (thereby dramatically reducing the toll they take on the environment) becomes a deeply humane, faith-tinged drama once a Midwestern suburbanite (Matt Damon) who has chosen to “go small” crosses paths with a Vietnamese refugee (Hong Chau in a powerful performance) who, as a political prisoner in her native country, was forcibly subjected to the process.

Damon’s character has his own sense of vulnerability since he was betrayed by his ex-wife (Kristen Wiig) and fleeced in their divorce settlement. So he is ripe for the transformation of his materialistic values initiated when his cynical, party-loving neighbor (Christoph Waltz) becomes the unwitting agent of change in his life by bringing him into contact with the devout, charity-focused immigrant.

Though unsuitable for youngsters, director and co-writer Alexander Payne’s film will stimulate reflection among those of their elders not put off by incidental sights and some strong vocabulary in the script he penned with Jim Taylor.