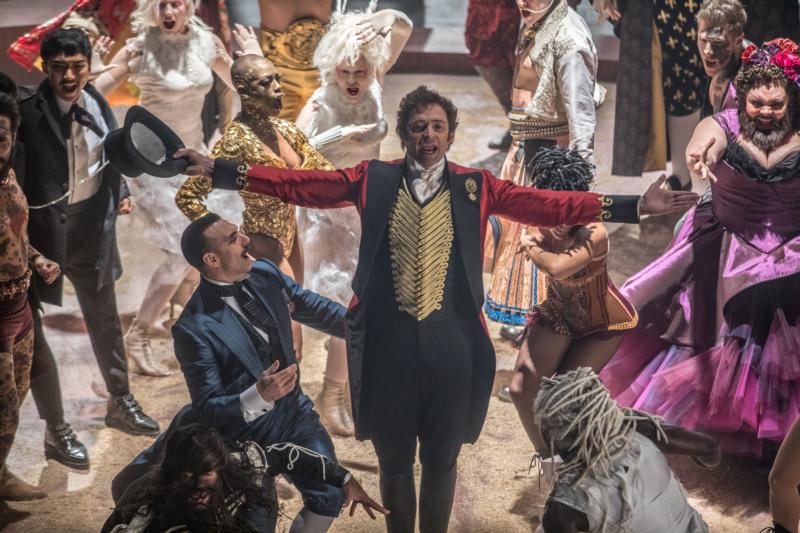 Hugh Jackman stars in a scene from the movie "The Greatest Showman." The Catholic News Service classification is A-II -- adults and adolescents. (CNS/Fox)

Marital fidelity and family values in general are emphasized in this big, brash musical based on the life of pop entertainment pioneer P.T. Barnum (Hugh Jackman). The 19th-century impresario’s rise from poverty to worldwide fame is facilitated by his well-bred wife (Michelle Williams) and equally genteel partner (Zac Efron). But tensions arise when he shifts his focus from the cast of social outsiders who perform under his auspices to concentrate on backing the American premiere of Swedish diva Jenny Lind (Rebecca Ferguson).

Director Michael Gracey’s feature debut, which also stars Zendaya as the African-American trapeze artist with whom Efron’s character shares a convention-defying romance, is historically naive in its backward projection of contemporary values onto Victorian-era America, and its brassy score, though well-suited to its subject matter, will best please those who appreciate the Lloyd-Webber style of Broadway and West End theater. Still, though unlikely to engage the youngest viewers, the film is appropriate for most others.

Some nonlethal violence, a mild oath, a racial slur. The Catholic News Service classification is A-II — adults and adolescents. The Motion Picture Association of America rating is PG — parental guidance suggested. Some material may not be suitable for children.