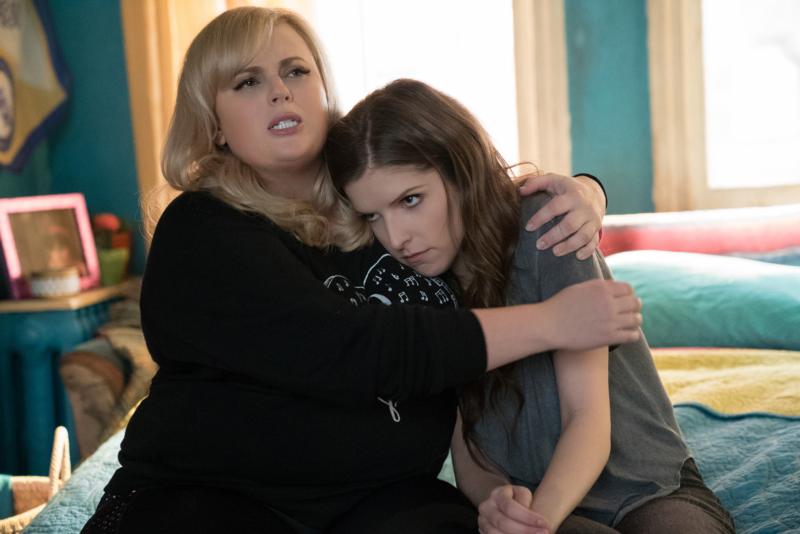 Rebel Wilson and Anna Kendrick star in a scene from the movie "Pitch Perfect 3." The Catholic News Service classification is A-III -- adults. (CNS/Universal)

The members of an award-winning a capella singing group (Anna Kendrick, Brittany Snow, Rebel Wilson and Anna Camp, among others) have graduated from college and entered the real world. Job prospects are slim, and they long to reunite and sing again. A USO tour offers that chance, and a silly romp through military bases in four countries ensues. The tour is also a competition to become the opening act for hip-hop artist DJ Khaled (playing himself), the contest filmed as a documentary by a duo who judged the ensemble in a previous tournament (Elizabeth Banks and John Michael Higgins).

Although the film reunites the cast of the 2012 kickoff and 2015 sequel, and features the expected toe-tapping tunes and lowbrow humor, it lacks originality and runs out of steam well before the end credits roll.

An out-of-wedlock pregnancy, vulgar humor, sexual banter, a couple of crude terms. The Catholic News Service classification is A-III — adults. The Motion Picture Association of America rating is PG-13 — parents strongly cautioned. Some material may be inappropriate for children under 13.