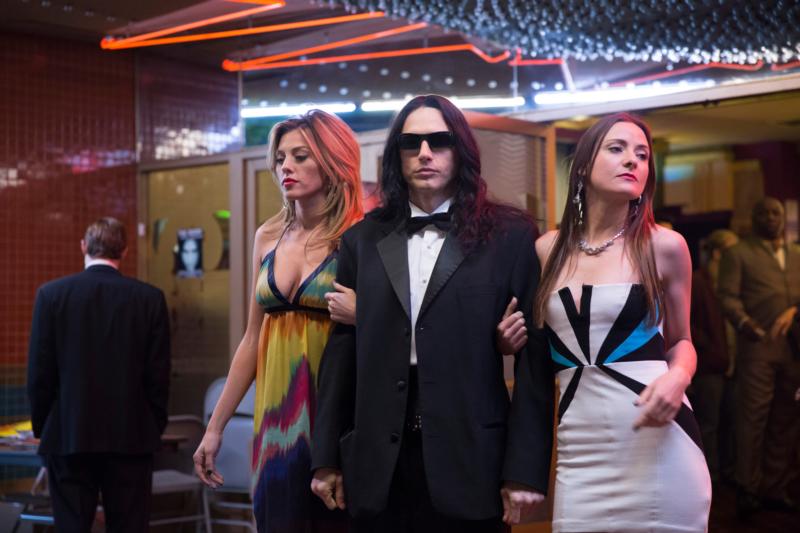 James Franco stars in a scene from the movie "The Disaster Artist." The Catholic News Service classification is A-III -- adults. (CNS/A24)

The eccentricities of a notorious self-funding filmmaker (James Franco, who also directed) and the story of the friendship (with Dave Franco) that led to the making of his famously bad 2003 movie “The Room” provide steady laughs but will also touch viewers’ hearts as the relationship at the center of this fact-based comedy endures through numerous strains.

The humor occasionally goes astray, particularly in scenes playing male nakedness for laughs, and the dialogue is overstuffed with vulgarity. But adults willing to overlook such flaws will find this study in strangeness, adapted from the 2013 book by Greg Sestero and Tom Bissell, richly entertaining.