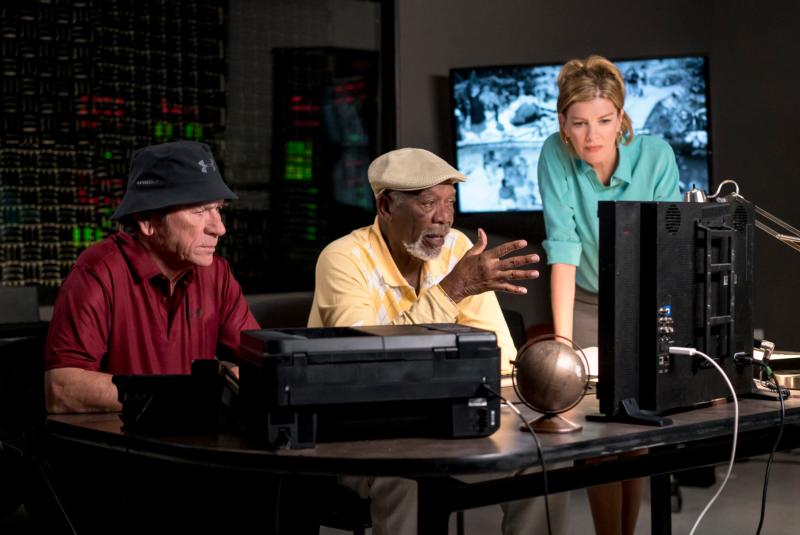 This dismal attempt at comedy pits the old goat (Morgan Freeman) who manages a Palm Springs resort for retirees against his establishment’s newest guest (Tommy Lee Jones) in a competition that spans the golf links, the poker table and the chess board. It aims at, but never quite reaches, the boudoirs of the past-their-prime barflies both men are fond of chasing. The arrival of a corporate executive (Rene Russo) who has been dispatched to check up on the place eventually gives the rivals a new prize for which to strive.

Besides its smirking attitude toward promiscuity, writer-director Ron Shelton’s false, flat, self-satisfied film is a work of such unrelieved dullness that watching its wheels spin can at times be mesmerizing. But not for long.

Brief gunplay, sexual humor and references, a couple of uses of profanity, about a half-dozen milder oaths, at least one rough and numerous crude and crass terms. The Catholic News Service classification is A-III — adults. The Motion Picture Association of America rating is PG-13 — parents strongly cautioned. Some material may be inappropriate for children under 13.